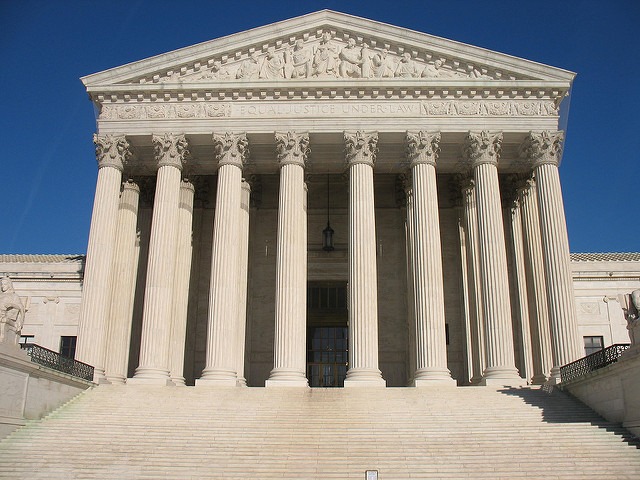 This month Minnesota Law Review (MLR) published a series of essays in its online companion on the legacy of the late United States Supreme Court Justice Antonin Scalia. The essays explore Justice Scalia’s strong viewpoints, his process of analysis, and the many contributions he made to the Supreme Court.

In the guest post below, Lead Online Editor Charles Barrera Moore discusses MLR’s impetus for compiling the essay series and their aims for the project.

Honoring the Legacy of a Justice We Came to Know

Law students at the University of Minnesota Law School are incredibly fortunate that they have had two Supreme Court Justices visit the school over the past two years and another that will be visiting in the fall. In 2014, Justice Ruth Bader Ginsburg visited the school, followed by Justice Antonin Scalia in October 2015. During his time on campus, Justice Scalia discussed his originalist viewpoint and his desire to write dissents with an aim towards influencing future generations. Only a few months later, Justice Scalia passed away, leaving behind a decades-long career on the Bench and an uncertain future for the Court.

It was at this time that the Minnesota Law Review began contemplating ways to honor Justice Scalia and his time on the Bench. Upon reading Justin Pidot’s piece “Tie Votes in the Supreme Court,” the editorial board saw an opportunity to reflect both on Justice Scalia’s jurisprudence and the challenges the Court faces without a tie-breaking vote. With this goal in mind, we curated essays from authors with a unique perspective on Justice Scalia’s jurisprudence, hoping to address both his impact on specific areas of the law and on the Court in general.

On July 6, 2016, nine essays were published in Minnesota Law Review’s online companion, Headnotes. These essays examine Justice Scalia’s general impact and presence on the Court and constitutional theory, as well as his influence on criminal defendants’ rights, administrative law, the First Amendment, and federal arbitration law. Professor Pidot concludes the online symposium by previewing his forthcoming piece in the Minnesota Law Review and considering how an eight-member Court may operate in the immediate future.

Goals of the Scalia Essays

It is our hope that the collection of essays assembled in this online symposium can serve as a vehicle of reflection, not only on the lessons from Justice Scalia’s time on the Court, but also on how, when, and where to apply those teachings in the future. Some of our authors highlight the importance of Justice Scalia’s presence on the Bench and how it shaped the Court’s decisions over the decades; others are critical of Justice Scalia’s perspective on particular issues. These essays are not meant to offer a singular viewpoint, but to open up a dialogue on where the Court has been with Scalia on the Bench and where it can go in the future. This conversation will certainly be amplified when Congress considers his replacement, but Justice Scalia’s impact is sure to live on beyond this single political discussion.

An entire generation of lawyers have read his dissents in law school and become familiar with his originalist methodology. For some, his opinions presented an incredibly persuasive and clear way of interpreting the Constitution; for others, his approach seemed too rigid and formalistic. Justice Scalia commented that this theory “handcuffed” him to the Constitution and did not allow him to stray, even when he was tempted to do so. Our collection of essays challenges that narrative while also recognizing that Justice Scalia influenced the Court in ways that will not—and should not—soon be forgotten.