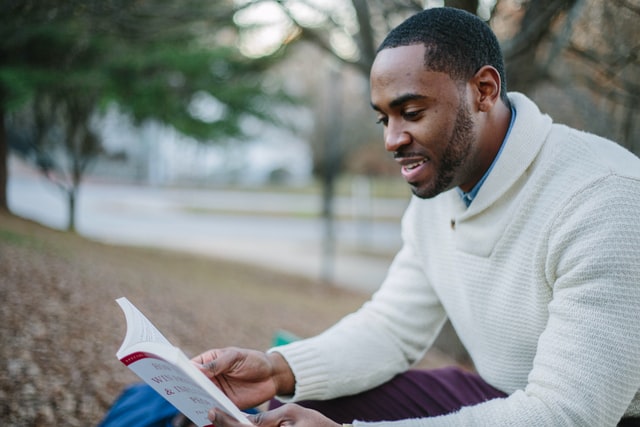 Despite universities placing greater emphasis on attracting more diverse applicant pools in recent years, Black students remain underrepresented at the majority of US law schools. Findings from recent admissions reports show that Black students made up just eight percent of the total US law school population in 2019, with only marginal gains in overall enrollment and acceptance rates since the early 2000s. Low admissions rates among Black students have reverberating effects within the legal field, which remains one of the least diverse professions in the US.

Why has the rate of Black law students and, subsequently, Black lawyers remained so low, even as more schools have adopted diversity and inclusion initiatives? And what steps can law schools take to admit more Black students and support their early career development?

In his latest research, Mitch Crusto, Distinguished Professor of Law at Loyola University New Orleans College of Law, has been focused on unpacking the many layers of these questions and identifying ways law schools can improve current diversity and inclusion initiatives. We caught up with Crusto to learn about a series of recommendations he’s developing to help law schools address the many obstacles Black students face on the road to admissions and graduation, which he’s coined the “Black Lawyers Matter Code.”

Shedding light on the often unseen barriers before Black lawyers

For aspiring Black lawyers, Crusto said some of the most common obstacles to law school admissions and graduation tend to arise well before submitting their applications and, because of that, they often go unrecognized in admissions efforts. “Many start law school with crushing financial debts incurred from obtaining their college degree. Many are first-generation college grads and have limited access to mentors and other career support. Further, many have demanding family obligations, such as caring for other family members, which makes it more difficult to dedicate 100% to the rigors of law school. And those who are accepted face significant challenges as a result of financial stress and unconscious racism,” he explained. “I think that most law schools are blind to these obstacles which negatively impact Black students and many other non-traditional students.”

Until law schools begin to more holistically address the obstacles that stand before students of color before, during, and after embarking on the law school admissions process, Crusto said he believes the impacts of diversity and inclusion initiatives will remain limited. “I’m afraid that while many [law schools] are providing statements in support [of Black students], they may not be making meaningful changes.”

“We must provide Black law students with paid internships and externships to bridge their entry into the profession,” said Crusto. “Black students are owed these opportunities because of the many years in which the State and Federal governments and private organizations actively frustrated Black legal education and bar membership.”

In diversity and inclusion efforts, Crusto said law schools should also be focusing on fostering community and mentorship among current and aspiring Black lawyers. “I would assign each student to a professor (ideally of color) as a mentor as well as a Black upper class student, a Black member of the Bar, and a Black judge,” he said. “I would also use the Christmas break for career advising sessions conducted by such mentors.”

Considering the state of diversity and inclusion at US law schools, Crusto said he sees many promising programs underway and believes schools enacting a shared “Black Lawyers Matter Code” could help them take those efforts even further. “Dillard University has a fabulous pre-law program that is producing results. Loyola New Orleans has a great network of Black grads in the Martinet Society and Black judges. And this past summer a Black University of Miami law Professor, Charlton Copeland, organized an excellent program to introduce students of color to the disciple of legal education,” said Crusto, naming a handful of the many examples he’s been following.

Crusto also pointed to recent “Black Lawyers Matter” conferences organized by University of Houston Law Center and the SMU Dedman School of Law as promising initiatives. He added, “I suspect there are more successes that I’m not aware of.”

The role of Black lawyers in advancing social justice movements

In developing the “Black Lawyers Matter Code,” Crusto aims to not only promote the advancement of Black law students but also broader social justice causes. “Now, as a distinguished law professor, I’m faced with a new challenge: how to respond to the social justice needs presented by the Black Lives Matter (BLM) movement,” he said. As the BLM movement has progressed, Crusto said a pressing challenge he’s come back to time and again is the need for more Black lawyers to help magnify and dismantle systemic racism in all aspects of society. He hopes the “Black Lawyers Matter Code” will help to fill that lacuna. “Black lawyers are needed to be community leaders, judges, and legislators,” said Crusto. “Black Lawyers Matter.”