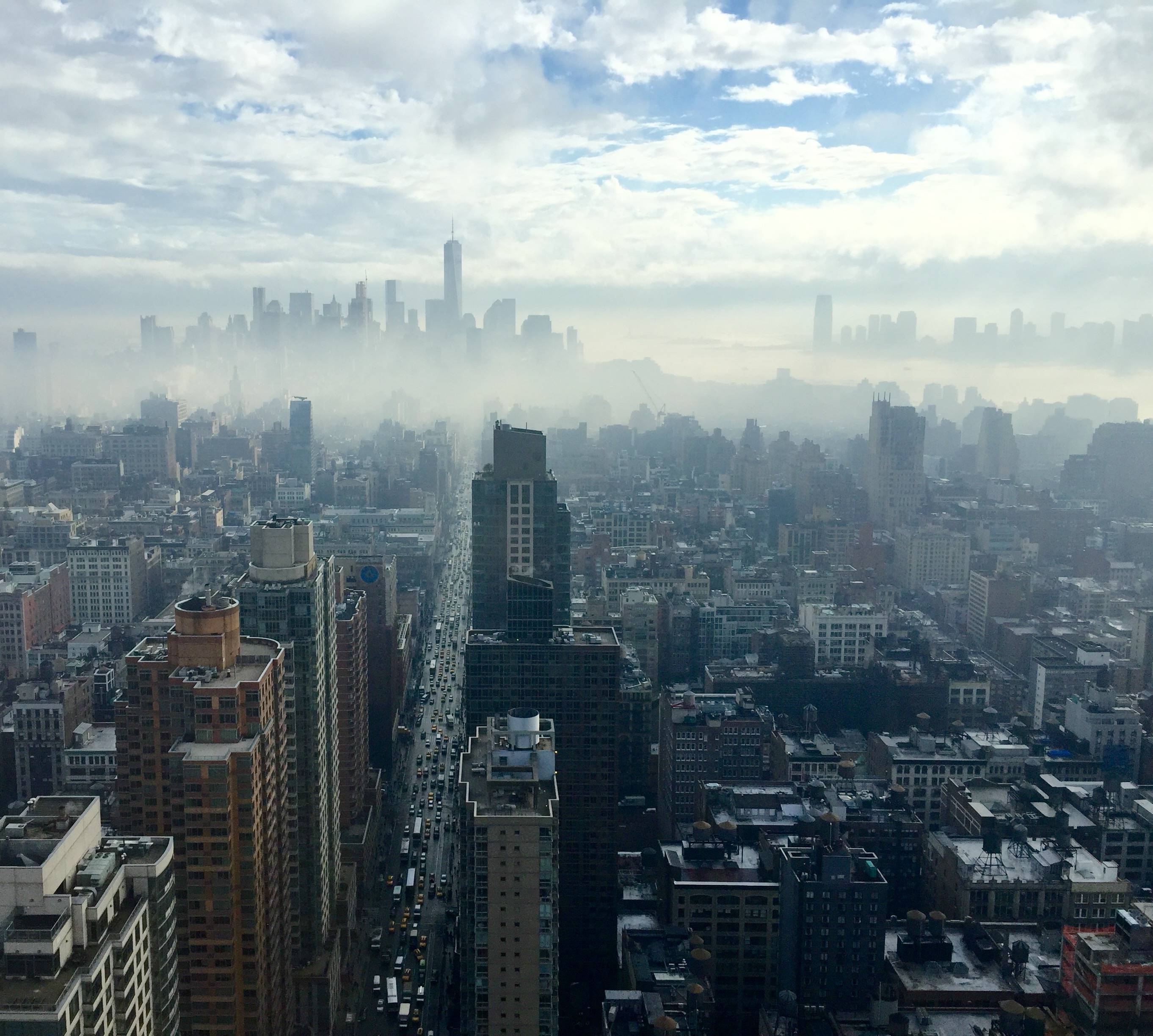 Do community benefits agreements (CBAs) truly promote and protect the needs of communities in the planning of economic development projects? The answer to this question remains highly debated.

The goal of CBAs, which are multi-party contracts executed by community organizations and developers, is to promote public involvement in development project decision-making. CBAs are meant to keep developers accountable for the local impacts of their projects, which are often subsidized by tax dollars.

When executed with the needs of the community in mind, development projects can have positive impacts such as beautifying communities and creating job growth. However, when executed poorly, development projects can disregard the needs of community members and potentially lead to gentrification that pushes current residents out of their neighborhoods. Though CBAs are intended to prevent such negative outcomes from occurring and to instead enhance development results, for years many lawyers have argued that they are not as effective as alternative government processes.

In a recent article published in the Cardozo Law Review titled “Do Community Benefits Agreements Benefit Communities?” Edward (Ted) W. De Barbieri, Assistant Professor of Clinical Law
Counsel at Brooklyn Law School, assesses the potential benefits of CBAs. De Barbieri argues that well-negotiated CBAs can have positive impacts on communities including lowering costs, increasing public involvement in decision making, and protecting taxpayers. He shares the details of his research in the interview below.

What was your impetus for writing about CBAs?

TD: In my law practice, prior to teaching, I worked on a significant CBA involving development of the Kingsbridge National Ice Center in the northwest section of the Bronx. The Kingsbridge National Ice Center CBA was called the first credible CBA negotiated in New York City. There were several others that had flaws, and those flaws have led to significant challenges with the economic development projects they accompanied.

When I started teaching full time two years ago I was interested in writing about CBAs and contributing to the literature. My hope was to theorize what I had observed in practice. Namely, CBAs can and do benefit communities, or have the potential to benefit communities.

In your article you say that to the extent that scholars have analyzed CBAs they have failed to see the full picture. Can you explain this a bit?

TD: CBAs are tied to broader social movements – living wage campaigns; affordable housing campaigns; social justice organizing – and there is a lot we can learn from them. Problems like the widening wealth gap and income inequality are raised in conversations about local economic development. We have seen CBA campaigns emerge nationally as activists and neighbors struggle to ensure that economic development does not simply benefit the few at the expense of all taxpayers.

Scholars who write about CBAs often dismiss them. Some say that they are too risky, or on unstable legal ground; or that they only serve the interests of a few vocal opponents of undesirable land uses. I think that there is more there to study. I think that successful CBA campaigns can actually provide better resolutions to complex land use and economic development decisions, while also being more efficient and saving taxpayers money. CBAs can be effective dispute resolution tools.

What are the benefits of CBAs when properly negotiated as opposed to the alternatives?

TD: I argue that successful CBAs can solve challenging land use issues before reaching the point where parties need to go to court. Often development projects face significant litigation by neighbors who oppose a given development. The whole point of a CBA is to provide developers with community support, or at least non-opposition, and community groups with economic benefits that make the economic development project acceptable. It is a true bargain and exchange – private developers get to build and hopefully earn a profit, and community gets affordable housing, or living wages, or local hiring that is needed in many communities where economic development is occurring.

What is an example of a successful CBA, and how do you think this model could be replicated?

TD: In the piece I highlight the Kingsbridge National Ice Center CBA as an example of a successful CBA. There are others I mention in the piece as well. Other parties can learn from the Kingsbridge example by doing extensive community organizing and community visioning, and developers can approach community as partners and not as adversaries literally to be bulldozed.

In your article, you propose a framework for assessing the impact of CBAs on economic development. Can you explain this framework to readers?

TD: I look at four factors: the extent to which CBAs can (1) lower transaction costs, (2) increase public participation in local processes, (3) protect taxpayers, and (4) avoid government involvement that can limit what parties can actually negotiate.

Even though CBA campaigns can be expensive, often requiring significant time and money, I argue that successful ones can be cheaper than waiting for neighbors to seek relief in litigation, which can be even more expensive. In the Kingsbridge example, the community coalition and the developer have not had major disagreements since the CBA was signed. The developer did have an internal dispute that for the most part has been resolved in court, and now a disagreement with the Mayor’s office, which has caused the project to stall, unfortunately. However, I think it is fair to say that the CBA has been the least controversial aspect of the project so far.

In most cities and towns, public hearings about development decisions tend to be perfunctory. Decisions are mostly already made when they get to a formal hearing. Of course it is possible that some changes will be made based on public testimony – the game is largely over. CBAs create a private law opportunity for community groups and developers to negotiate and reach agreement outside the brief, formalistic government approvals. Since CBAs provide this added opportunity, citizens are more likely to participate in the CBA process and make their opinions known.

Most significant economic development projects involve huge public giveaways through tax subsidies, direct investment, or transfers of public owned land to private hands. Often these decisions are made by industrial development authorities or city councils without a full set of facts, or a spectrum of pro and con opinions. Taxpayers are therefore left wondering whether they are even getting a good deal.

By focusing attention on the bargain that is being struck, CBAs have the ability to protect taxpayers by ensuring that there is an equal exchange. There are of course notions of “who benefits?,” and “how does the community as a whole value?,” that I discuss in the paper. Typically, CBAs are negotiated in poor areas where there is a clear need for housing, or jobs, or school construction, and the CBA process can deliver these benefits to taxpayers.

With opaque government processes, CBA campaigns are becoming the norm for how large projects get built in many parts of the country, especially urban areas on the coasts, and in the rust belt – though also in rural and suburban areas. Once the government is involved, parties are limited in what they can negotiate given the Supreme Court decisions in cases like Nollan and Dolan, which require government have a nexus and proportionality to the conditions government requires of developers for public approvals. For instance, a CBA might include a term that is unrelated to a given development, but the community wants it (say, for instance, a school unconnected to the development of a sports arena) and the developer is happy to provide it because it might be cheaper than a more expansive alternative (like a public park or amenities within the arena).

CBAs avoid government involvement and therefore the range of options that can be negotiated is not limited.

What are potential effects of CBAs in both urban and rural areas? How, if at all, does it differ?

TD: CBAs have the potential to positively impact both urban and rural areas. I give examples of both urban and rural community benefits efforts – though not all of the examples are true community benefits agreements. Maine, for instance, has a state law that requires that developers of wind farms pay a per turbine fee to county governments as part of a so-called “community benefit agreement”. The county executives can then spend the funds how they see fit. I argue that since the agreement is with government and not directly with community groups it is not a CBA; however, the statute demonstrates efforts to offset the negative costs of undesirable development with creative solutions.

I do not take the position that CBAs are the best long term strategy for solving contentious land use decisions. I think that local legislation that requires all developers to provide a certain percentage of affordable housing when building residential units, for instance, is a better long term strategy than one off CBAs. However, since legislation often is lacking on key economic areas like housing and jobs, I think we will continue to see CBA campaigns around large development projects, including mixed use development, big box stores, and arenas.

Detroit voters will consider two CBA ordinances on the November ballot. The government requiring developers to negotiate CBAs has challenges because of the fourth factor I discussed above. Yet, the Detroit ordinance is an example of citizens demanding a voice in economic development approvals. It is possible we will continue to see other legislative campaigns going forward in addition to those already on the books.

How do CBAs settle disputes better than the alternatives?

TD: I hope to explore this theme more in future work. I am writing a piece right now about the development of transportation infrastructure and the role of community in the approval process. In this piece, I argue CBAs settle disputes better than alternatives like litigation because CBAs allow parties to negotiate and discuss issues before development occurs. Well informed parties can request information, study options, and agree on outcomes before ground breaking. This is a powerful tool that litigation often does not offer.

Patience Crowder has coined the term “impact transaction” to define certain types of transactional processes that provide lasting change, similar to victories won through impact litigation. CBAs are one example of a type of impact transaction. They help community members see beyond government processes that lack transparency, and take power for those that do not usually have it.