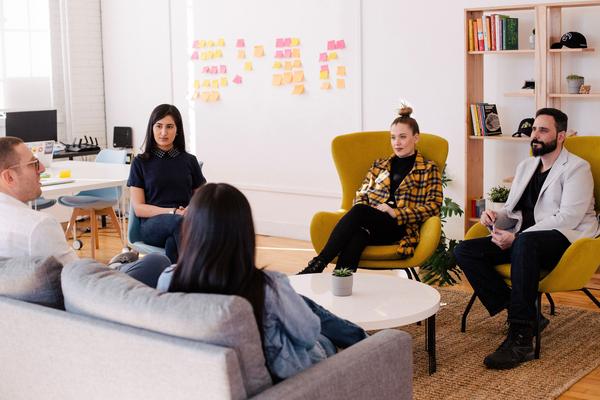 How many open access publishing models and strategies are there for scholarly societies to explore? According to the “Society Publishers Accelerating Open Access and Plan S“ (SPA-OPS) project released by UK-based consulting firm Information Power, over twenty. The project, which was commissioned by Wellcome and UKRI in partnership with ALPSP, was launched in response to widespread concerns raised by scholarly societies following the release of the implementation guidelines for Plan S, an initiative by an international consortium of research funders to make journal articles fully and immediately OA by January 2021. Many scholarly societies expressed that Plan S could compromise their operations because they rely on revenue from subscription and hybrid journals to help fund society activities. Individual societies and organizations like OASPA also expressed concern that smaller scholarly societies are not well-positioned to negotiate transformative agreements to transition from subscription models to fully OA publishing.

The SPA-OPS project sought to identify ways that scholarly societies can publish Plan S compliant journals while remaining financially sustainable, including specific publishing and funding model recommendations, as well as tangible resources. The project phases included surveys of scholarly societies and library consortia around the world about which available OA models could be most successful and their willingness to work together on OA transitions; separate and joint workshops with scholarly society publishers, libraries, and university presses; and pilots for transitional OA publishing models. The final outputs of the project were released under a CC-BY copyright license on the 11th of September 2019 and can be found here.

OA at scholarly societies doesn’t have to equal APCs

One of the key findings of the SPA-OPS project is also a bit of a myth buster around the role of article processing charges in OA. While OA is often conflated with the APC model — this was the case in feedback from scholarly societies during the SPA-OPS project — in reality, the majority of society OA publishing models the project identified do not rely on author-facing charges. The project documented 27 OA publishing models and strategies in total. Of those, only three relied on payments from authors.

What were the different publishing models identified? In her overview of the SPA-OPS project at the Basel Sustainable Publishing Forum (BSPF), Information Power Director and project lead Alicia Wise said the 27 models essentially encompass “different flavors” of OA publishing clustered under the following categories:

Why would many scholarly societies conflate the APC model with OA when various other publishing models are being explored? Perhaps because many societies that are not yet publishing fully OA journals are employing hybrid publishing models, wherein journals have subscription fees but give authors the option to pay APCs to make their articles OA. The hybrid model does not align with Plan S, and many societies have expressed concern that they would not be able to flip hybrid journals to fully OA with APCs because their authors would struggle with article funding.

In her BSPF presentation, Wise noted that “it is important to capture the message that journals, particularly hybrid journals, will have a very challenging time flipping to OA unless their revenue streams flip too.” The options for “flipping revenue streams” that the project found rely primarily on redistribution of university, library, and consortia expenditures to support OA journals as well as funding from external organizations. In terms of the potential for developing such “flipped revenue streams,” the final SPA-OPS report states, “we are convinced that this is possible with attention and focus, and that outsourcing to larger publishing partners is not the only sustainable strategy available to societies.”

In her BSPF presentation, Wise noted that many societies involved in the project expressed that they felt OA models based on funding from libraries and consortia could ultimately be more attainable in the long-term. For many society publishers consulted, the prospect of employing article transaction models that would require them to handle thousands of individual APCs was overwhelming, whereas working with a set list of libraries and consortia felt more manageable. Models that rely on the redistribution of library and consortia funds already being allocated to journals could also ensure a more equitable OA future by alleviating concerns of authors struggling to access article funding and reducing instances of universities both paying for journals and APCs.

The full SPA-OPS report provides many detailed examples of publishing models and strategies within each of the above categories in action, such as California Digital Library’s pilot transformative agreement and CERN’s SCOAP3 model.

Of the OA options noted above, transformative agreements emerged as the most popular and promising among scholarly society publishers. This was because transformative agreements would replace one steady revenue stream with another, and funding would continue to come from libraries and consortia rather than being shifted to authors. About 60% of society publisher respondents said that they would “consider trying one of these models,” and about 30% of respondents said that they “have direct experience with one of these models.”

The SPA-OPS project specifically found that the “transitional model” is the most promising option for transformative agreements. Information Power explained the benefits of this approach in a project overview blog post stating, “this model focuses its financial basis on the current subscription spend of a university library (or a consortium of university libraries), and also the current spend of those same universities on APCs. If this revenue stream is transformed to support Open Access, then journals can also transform to be fully Open Access. This means that the universities that subscribe to a Transitional Agreement can both ‘read and publish’.”

In addition to wide-spread interest in transitional models, the societies surveyed also expressed varying levels of interest in some of the other options proposed. Of the OA models discussed above, APCs were widely acknowledged as a possible transition option, with 41% of respondents saying they were “extremely” or “very interested” in this model. However, APCs were generally perceived as a more case-by-case OA solution based on authors’ access to funds within the journal discipline. The option for cooperative infrastructure and funding models was also of great interest to some societies, though this model received very mixed feedback from societies in different parts of the world. While over 50% of societies outside of the US and UK said that they were “very” or “extremely” interested in this model, many societies in the US and UK had reservations about it. Primary concerns expressed in written feedback were around whether societies’ publishing partners would engage in such models, as well as concerns about the sustainability and scalability of such approaches.

Despite the widely acknowledged promise of “transitional models” as a possible route for scholarly societies to move to OA publishing, for smaller societies this is not a well-trodden path and, as noted in OASPA’s Plan S feedback, many smaller societies have expressed concerns about its viability. Such agreements would require strategic relationships and partnerships between universities, consortia, and scholarly societies that many smaller societies worry they may struggle to forge. In its project overview blog post Information Power notes, “although this model has legs, it also provides some challenges for learned society publishers. They usually sell directly to university libraries via agents – how can they approach many hundreds of universities across the world with this radical new model? Library consortia traditionally negotiate with large commercial publishers on behalf of their members. Would they be willing to engage with many learned society publishers to help them transition to this new business model?”

These questions are yet to be determined on a large scale, but the initial findings of the project were promising. Of the 26 consortia that participated in the project, the final report states that “91% said that they agree or strongly agree that they look forward to working with such publishers to develop new models. There were supporting comments indicating that consortia saw this engagement as a strategic opportunity to co-create future models that would work for both libraries and publishers.” When asked specifically if consortium would be willing to take part in initiatives to redirect subscription funds to make journals OA, over 75% responded in favor.

The future of such university, library, and society partnerships requires the initiation of ongoing conversations aimed at yielding specific action steps, which the SPA-OPS project was able to begin facilitating among various groups. In her BSPF presentation, Wise said her key takeaways from working with universities, libraries, and scholarly societies involved in the project were the importance of approaching the OA transition collaboratively, as well as embracing the pressure Plan S has placed on the community to accelerate transitions to OA. “Watching publishers this year go from really very concerned to actively getting stuck in on pilots of transformative agreements has been revelatory. You learn and you build confidence by doing and finding allies as you move forward,” said Wise. “I would encourage you to be active in finding ways to approach this as an opportunity rather than only a threat.”

After engaging in discussions about possible OA transition approaches, the project organizers initiated transition pilots to put some of the survey and workshop findings into action. They focused on the transitional model to determine what information and assurances societies and consortia would need to reach transformative agreements. Society publisher needs that were identified include, being able to gain access to meetings with consortia that have traditionally focused on deals with larger publishers, and being able to establish predictable transformative revenue streams. Library and consortia needs that were identified include full transparency in the pricing structure of transformative agreements and no increases in the cost of reading and publishing.

One of the transitional models piloted in the project has already come to fruition. On the 17th of October 2019 Jisc and the Microbiology Society announced that they had reached a ‘Publish and Read’ deal agreement. The agreement is the first of its kind between Jisc and a small scholarly society publisher.

One project to foster many initiatives

The SPA-OPS project yields many insights in terms of how scholarly society publishers, university presses, and libraries are thinking about and working towards the transition to OA, as well as hands-on examples of various OA models in action. It is clear that there are many more conversations to be had and much work to be done to realize wide-spread society transitions to OA, but the SPA-OPS project shines a light on the presence of multiple publishing approaches available for societies to explore as well as a willingness among all stakeholders to work together. The project report notes the many potential benefits of scholarly societies transitioning to fully OA publishing models, including increased visibility for societies, greater research impacts for authors, and the potential for new alliances and greater communication between funders, libraries, societies, and universities.

The full outputs of the “Society Publishers Accelerating Open Access and Plan S Project” can be found here. Additionally, Information Power’s overview of the project can be found on their blog here.