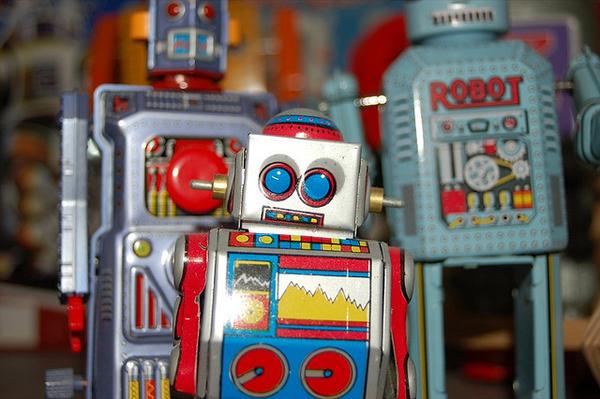 Imagine a society where lawyers work alongside robots. It’s a far-fetched notion that may cause your thoughts to spiral towards the plot of I, Robot, or that of any number of similar stories exploring the ethical quandaries raised by a world where humans and artificially intelligent machines coexist. While the vision of bipedal robots working in law offices may seem like a distant and perhaps dystopian dream - depending on your opinion of robots - the reality of machines doing the work of lawyers and of lawyers factoring smart technology into legal practice isn’t far off at all. In fact, it’s already here.

In 2011 The New York Times published “Armies of Expensive Lawyers, Replaced by Cheaper Software”. The article detailed how technological advances had already begun to change the nature of legal practice, such as e-discovery software able to do the work of human lawyers and paralegals in a fraction of the time and at a fraction of the cost. At the time of the article IBM’s Watson had just made it’s winning Jeopardy debut, offering a window into how computers could eventually “think” like humans. Today, discussions of Watson among lawyers have shifted from simply acknowledging its presence to making predictions about how machines like Watson will change the nature of the legal profession - from making it possible to automate work done by lawyers to forcing a conversation about how the structure of legal knowledge may need to adapt to be better interpreted by computer systems.

So what will the future of an increasingly robotic society look like for lawyers?

I came across a recent Lawyerist podcast where Ed Walters, adjunct law professor at Georgetown and co-founder of Fastcase, offered some interesting insights. For you future lawyers out there - never fear! Walters predicts that, if managed intelligently, new technology could lead to more jobs for the legal sector, not less.

To work with or to be replaced by technology: that is the question

Whether or not machines will be able to adopt the legal reasoning needed to handle the custom work that lawyers do remains to be seen. But, when it comes to form-based practice Ed Walters said there is no question that machines will soon be able to handle it.

“If you think about the kinds of things that computers can do and do well, and how it will grow over time, it certainly includes some of lawyering,” said Walters.

Walters offered Fastcase’s software as an example of such disruptive legal technology. “We’re trying to replace very expensive editorial operations with very intelligent algorithmic ones,” he explained. “Things that used to be done by lawyers and paralegals, like summarizing cases or categorizing cases into key number systems or taxonomies, we can now replace with things like citation analysis and data visualization. ”

When it comes to deliberating the ways that computers could replace lawyers, or any profession for that matter, Walters said he considers concerns about job shortages valid. However, he sees another potential next chapter for our imminent robot saga that doesn’t call for doom or gloom. Walters predicts that we could also experience a situation similar to the Industrial Revolution where, despite fears of job depletion, mechanization of work could actually lead to an increase in employment.

“If we can be smart about it and get ahead of it, this could be a really wonderful golden age,” he said. “It could be an era where practicing law is the best it ever has been, because you worry less about Rule 11 sanctions and frivolous lawsuits or motions for summary judgment and you can really spend time making the law better.”

Walters said one of the main benefits of machines is their ability to assist lawyers in making data-driven decisions, which could open up more opportunities for lawyers and clients. “We make a lot of decisions in our practices using hunches,” he said. “Things like - where should I file this lawsuit? Where am I likely to get the best reception? How much is this case worth?”

One of the promises of computers is that lawyers will have more data at their fingertips than ever, with machines capable of analyzing it quickly from multiple logical angles.

As computers continue to enter nearly every aspect of our day-to-day lives, Walters said we can also expect to see legal practices devoted solely to machine matters. “There will be people with robotics practices,” he said.

The Laws of Robots

In his 1942 short story Runaround, published in the book I, Robot, Isaac Asimov coined The Three Laws of Robotics. Much like the thought of robots sitting at law desks, Asimov’s tenets calling for robots to serve and protect humans above all else may seem like daydreams of a fantastical world. But, in reality, the premise of Asimov’s laws may not be so far off.

“We always think about [robots] as something in our remote Jetsons future, but they’re not,” said Walters. “We have autonomous systems around us everyday - things as simple as stock trading computers and as complicated as war-fighting drones and self-driving cars. These aren’t issues that we have the luxury of waiting 20 years to regulate.”

In addition to causing shifts in the job market, Walters said robots will force legal practitioners and scholars to enter serious legal and ethical debates. He said at present there is limited legality around new technology, such as drones, which the FAA still regulates in essentially the same way as airplanes despite serious differences. Laws for self-driving cars also remain to be determined.

Walters posed a thought provoking question - when we get to a point where self-driving cars can “talk” with each other’s computer systems what happens when two cars are about to crash and there’s a pedestrian in the crossfire? If each machine knows how to avoid the crash and save its driver, recognizing that someone else must die, how will the cars be programmed to make the ultimate call? It’s a pretty high tech Trolley Problem.

“The important skill is for lawyers to be able to think about how to apply existing law to new facts,” said Walters. “And how to figure out when you need new laws altogether.”

When can we expect to live in this robotic world of the future? There are of course no certainties, but for a gauge we can look to Moore’s Law, which states that processor speeds, or overall processing power for computers, will double every two years.

“The fastest computers - you know Watson - have the computing power of a rat’s brain,” said Walters. “To get from where we are today to the power of a human brain Watson would need a hundred thousand x increase in processing power, which seems like a lot. But the computer scientists following Moore’s Law will probably tell you that we’ll get to that point some time in 2025.”