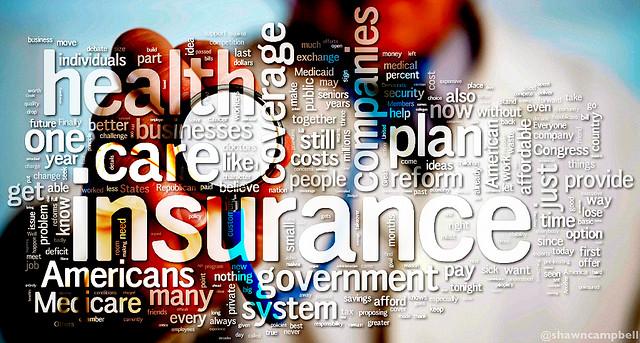 Since President Obama signed The Patient Protection and Affordable Care Act, commonly referred to as the Affordable Care Act (ACA), into law in March 2010 Americans continue to express mixed feelings about the decision. In a recent article published in Cornell Journal of Law & Public Policy titled “The Origination Clause, the Affordable Care Act, and Indirect Constitutional Violations,” Assistant Law Professor at Regent University Tessa Dysart presents a novel perspective on the fairness of the ACA by focusing not on popular arguments as to whether or not the ACA will help or hinder the state of American healthcare, but rather whether the introduction and passing of the bill was constitutional or in violation of the Origination Clause.

“I like to look at current issues in my writing. With this article I wanted to look at the ACA from a different perspective, focusing on the Origination Clause,” said Dysart. “I wanted to look at what the clause was originally designed to protect against and whether the Supreme Court did a good job in protecting that original purpose.”

The Origination Clause states, “All Bills for raising Revenue shall originate in the House of Representatives; but the Senate may propose or concur with Amendments as on other Bills.”

But what if the Senate replaces the text of a bill that originated in the House with the text of an entirely different bill and then sends it back the House for final passage? Dysart explained that this is the case with the ACA. The Senate essentially replaced the text of H.R. 3590, the Service Members Home Ownership Tax Act, which had passed the House unanimously in October 2009, with the language that became the ACA.

“When the ACA was being debated, none of its supporters wanted to say that it was a tax. Who wants to be the president or the Congress that created a new tax, especially with the way the economy was at the time the ACA was being passed? So it was largely seen as an effort for Congress to regulate interstate commerce,” Dysart explained. “However, a majority of the Supreme Court rejected the Congress’ argument. So, at that point, for the ACA to be upheld by the Supreme Court, it had to be supported by some other power of Congress, and Chief Justice Roberts and a majority of the Court relied on Congress’ taxing power.”

Given the shift in how the law was upheld, according to Dysart “the question becomes: if it’s a tax – is it a revenue-raising bill, does it have to originate in the House? Because, while H.R. 3590 as the Service Members Home Ownership Tax Act technically originated in the House, the provisions of the ACA were put in by the Senate.”

The question is a complicated one, because the Constitution does not offer any guidance as to what constitutes a revenue-raising bill. In the case of Sissel v. United States Department of Health and Human Services brought by the Pacific Legal Foundation, which raised an Origination Clause challenge to the ACA, the government argued that the purpose of the ACA is reforming the healthcare market, not raising revenue; therefore the bill does not violate the Origination Clause.

Dysart said, like the Pacific Legal Foundation, she thinks differently. “I thought the government had an overly-broad reading of the clause, saying that the only way a bill can be for raising revenue is if its chief purpose is to raise revenue. I don’t think that’s consistent with past case law. This is really the argument that the Pacific Legal Foundation makes, which I thought was a good argument after I looked at the cases. If a bill is constitutional only because it falls under Congress’ taxing power, and cannot be justified by any other power of Congress, and if it raises revenue for the general government, it’s a bill for raising revenue.”

The spirit of the Origination Clause

Regardless of whether the Supreme Court would agree that the ACA is a bill for raising revenue, Dysart said she is also interested in whether the Senate’s behavior violates the spirit of the Origination Clause. Drawing from the Supreme Court’s cases in United States Term Limits v. Thornton and Clinton v. City of New York, she looked at whether the Origination Clause was the sort of “‘finely wrought’” constitutional provision that should be protected from indirect violations.

“The Origination Clause was introduced as part of the Great Compromise. It was put in place to make sure that the power to initiate taxes started in the House, the body most closely associated with the people. So if the clause was that important, then why are we now allowing the Senate to use this fancy gut and amend technique to get around what was seen to be such an important structural guarantee in the Constitution?”

In the case of the Senate gutting a House bill as they did with the ACA, Dysart said someone in the House could have stood up and challenged the actions of the Senate and encouraged the House to vote against the bill. However, the Democrats’ loss of a filibuster-proof majority in the Senate prevented such an outcome, since any House amendments to the bill would have been unlikely to pass a cloture vote in the Senate.

“I think people thought that the ACA would go back to the House, the House would have time to make changes, and then there would be a conference committee or some sort of way for the House and the Senate to get together and ultimately work out their differences. I don’t think people envisioned Senator Kennedy dying and Scott Brown, a Republican, being elected in Massachusetts to replace him, depriving the Democrats of their filibuster-proof majority in the Senate,” said Dysart. “So this was really the perfect political storm. Whether it’ll happen again and what the ramifications are, it really depends on how much each body of Congress wants to enforce the structural guarantees in the Constitution and if the Court wants to step in and develop this idea of indirect Constitutional violation.”

Dysart said she hopes her article will pull the debate surrounding the ACA away from just considering whether national healthcare reform is good or bad. “That’s such a polarizing question. I really wanted to look at it from a different angle that didn’t make it about national healthcare reform, but made it about the Constitution and the protections embodied in the Constitution,” she explained. “Do we want to just protect the literal words of the document or do we want to protect the guarantees and spirit that it embodies?”