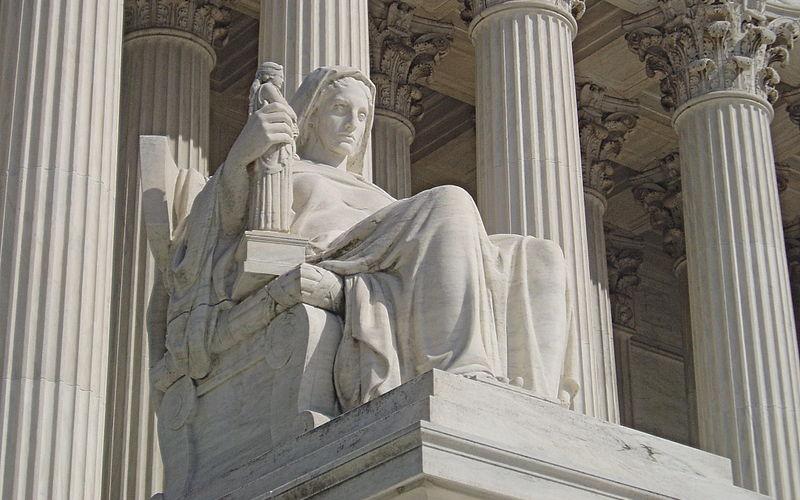 When a federal judge is appointed in the United States, they take an oath for life. It is up to each justice to determine if and when they will step down from their post. The fact that federal judges can serve indefinitely has long been a matter of debate, for various reasons, with one of the primary questions being whether judges can adequately assess if and when their cognitive abilities may be becoming impaired with age.

As America’s judiciary advances in years, with the average age of federal judges now at 69 years old, the topic of how to approach aging judges is becoming more widely discussed and debated. With some calling for a mandatory retirement age for federal justices.

Associate Professor of Law and McKnight Presidential Fellow at the University of Minnesota, Francis X. Shen, understands the discussion of judicial aging both from a legal and scientific standpoint. Shen, who directs the Shen Neurolaw Lab at the U of M is working to pioneer the use of brain science to help guide matters of law. In his article “Aging Judges,” forthcoming in the Ohio State Law Journal, Shen argues that everyone ages differently and, therefore, there should not be a mandatory retirement age imposed on judges. Instead, Shen calls for individualized cognitive assessments for federal judges, at least every five years throughout their tenure, to regularly review their brain functioning. In the interview below, Shen discusses his article and how he believes regular, confidential cognitive assessment can empower aging judges to know if and when they should consider retirement.

In your article, you note that the average age of federal judges is older than it has ever been in the nation’s history. What are the possible implications of this from a scientific standpoint in terms of aging?

FS: One of the big implications is that because federal judges can (and often do) serve until very old age, the federal judiciary will increasingly be confronted with a challenge: how can we be assured that older judges are not cognitively impaired in ways that prevent them from effective and just adjudication? The challenge is particularly difficult because each individual’s brain ages differently. While an 80-year old judge is at significantly greater risk for dementia than a 50-year old judge, it does not follow that all 80-year old judges have diminished cognitive capacities, nor that all 50-year old judges are free from dementia. To successfully meet the challenge of aging judges requires individualized assessment.

You note that some scholars have offered proposals for mandatory judicial retirement. Can you speak to this a bit — what kinds of proposals have been made?

FS: Scholars have proposed a variety of judicial term limits systems, as well as bright line mandatory retirement ages. Many states impose mandatory retirement ages on their judiciary. The central feature of all of these plans is that judges are not allowed to serve past a certain age. There are reasons beyond cognitive decline for why we might want to rotate our judiciary. I don’t address those in this article, but I do critique arguments that judges should not serve past a certain age because they are certain to be in decline. Mandatory retirement regimes conflate age with diminished judicial capacity, overlooking the wisdom that comes with experience and the scientific reality that age is a risk factor for, but not dispositive of, cognitive decline.

You argue that aging judges should be empowered to monitor their own judicial fitness rather than be forced to retire. Can you explain what you mean by this and how this might look?

FS: Currently, neither the federal nor state judicial systems require judges to regularly assess their cognitive health. The lack of cognitive health assessments for older judges is striking when contrasted with the data requested of younger judges during the nomination process. The judicial nomination process is the one and only time in a judge’s career when judges are routinely required to undergo a cognitive health examination. My proposal is straightforward: we ought to require testing (at least every 5 years) of judges, but we should also require that the results of the testing remain fully confidential and private, with no exceptions. Privacy is important because it empowers judges, is less likely to become politicized, and can be administered outside of media scrutiny. There are many possible tests, and combinations of tests, that could be administered.

How do you believe neuroscience can be employed to help judges proactively assess their health?

Why do you believe it’s important for steps to be taken to address aging judges?

FS: If we are to have confidence in our judges, we need to know that they are not in cognitive decline. At present we police cognitive decline on the bench largely through informal mechanisms. I think we need to re-examine whether this approach is adequate as we see larger numbers of aging judges. My view is that we should empower aging judges through the implementation of private, individual cognitive health assessments. If carefully developed through interdisciplinary collaboration, advances in the neuroscience of aging and dementia can provide to our nation’s judges actionable information about their brain health. This has the potential to improve the efficiency and legitimacy of the judicial branch.