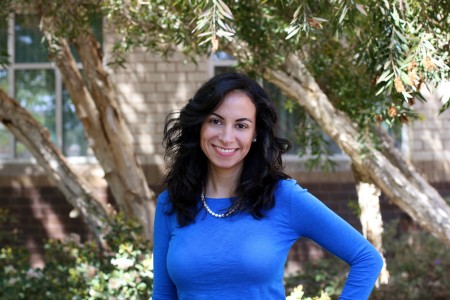 Academic research isn’t meant to just remain in scholarly papers, it’s meant to influence real-world ideas, initiatives, and decision-making. For researchers, that means finding ways to communicate their work to mainstream audiences and, where possible, ways to implement it.

Anaid Yerena, Assistant Professor of Urban Studies at University of Washington Tacoma, has made using her scholarship to create real social change a top priority. After becoming an architect, Anaid got her PhD in urban planning and found that low-income housing was the place where both of her interests converged, encompassing issues of social justice and the built environment. She now researches affordable housing and is pursuing projects to help cities more effectively design new low-income housing initiatives. In a recent interview, Anaid took the time to detail the kinds of projects she’s worked on, how she’s making her research more openly accessible, and how she brings experiential learning into her classes.

What sorts of affordable housing initiatives have you worked on?

AY: My first public project was for the city of Long Beach, California. I worked with a local advocacy organization, as part of a larger team of advisors, to help the city identify appropriate sites for low-income households. My goal was to help the advocacy organization provide substantive comments to the city that would further the affordable housing effort. This happened in the context of the city’s Housing Element plan, which is a plan that is developed by every city in the state of California every eight years.

In this work I was taking into consideration the end user, so someone who will probably benefit from having access to public transportation, who does not want to end up in an area that already has a high proportion of crime and poverty, and so on. I chose several criteria, assessed each one of the sites that was proposed for affordable housing, and set a benchmark. If any of the sites scored below the benchmark, they were not deemed suitable for affordable housing.

How has working on affordable housing initiatives impacted your research?

AY: As a researcher working on an affordable housing plan for the city of Long Beach, I realized that there was no way to really measure the kind and amount of influence advocacy organizations were having on city decision making. So, I did a study detailed in my recent paper, “The Impact of Advocacy Organizations on Low-Income Housing Policy in U.S. Cities,” which looked at a survey of all cities in the U.S. with over 100,000 people and measured the influence of advocacy organizations on housing policy. The analysis I conducted looked at how, holding everything else constant, certain variables impacted city decision-making. The city variables included: how much the city’s budget is allocated towards housing, and how that affects the portion they’re going to dedicate to affordable housing; how many people are in the city (larger cities have larger budgets than smaller cities); and how great the need for housing ranked among other factors. The variables I introduced about advocacy groups were the average age of the groups in each city and the combined income that the organizations had in each city.

The variables I was looking at showed that at the national level – and on average – advocacy organizations did make a difference on how much the city would spend on affordable housing. Specifically, on average, one extra year in advocacy organization mean age within the city results in a 4.2% increase in housing and community development spending per capita, all else being equal.

What steps have you taken to make your research on affordable housing available and digestible for a mainstream, non-scholarly audience?

AY: From my recent article on the impact that advocacy organizations have on affordable housing decision-making, I created a report that is really user-friendly. It’s a four to five page report of the findings. I intend for it to be distributed among the organizations I interviewed. This report is also accessible through my personal website for the general public.

I want to make sure that my research reaches people in cities in general, as well as the specific groups for which I am providing it. That’s where open access, in my view, makes the biggest difference, because I know that none of these people have access to journal subscriptions. The University of Washington library has been a huge help with this. The library encourages all faculty to have a selected works website. The library staff reads over any contracts we have with publishers and they then actually update our selected works websites and make available a copy of all our newest research as soon as possible. So if you wanted to download one of my articles and you don’t have a subscription to the journal where it was published, then you could go to my selected works website and you could have access to the latest draft before it was edited and formatted for the journal.

Are you working on any follow-up research to your recent article on the impact of advocacy organizations on low-income housing development?

AY: Yes. The second phase of the work is a qualitative piece. I looked at a case study of four cities in the county of L.A. that had strong support for low-income housing. Two of these cities had the expected results, in other words they had very strong advocacy organizations and they were spending more than the average city on housing. Vice versa, two of the cities did not have a lot of advocacy organizations and they were not spending a lot on affordable housing.

I wanted to consider these two expected cases and two unexpected cases to ask the question: how do the advocacy groups in these cities go about promoting affordable housing policies? Additionally, I wanted to better understand what role the cities played in promoting affordable housing. Because, especially in cities where there weren’t many advocacy organizations but where the city was still spending a lot, I wanted to see how and why that was happening. I have an article on this research in the works.

As a teacher of urban studies, how do you help students make connections between their coursework and the real-world?

AY: Experiential learning is one of my motivators for being in the classroom beyond just sharing information, which I think is only a part of the education process. My goal is to give students the opportunity to feel like they’ve made a difference themselves. For example, last quarter I taught a class on research design, and I had the students experience what it is like to design a small research project, to go and survey people, to then analyze the information and come up with a conclusion based on the data they gathered.

We’re very fortunate here at the University of Washington Tacoma because we are an urban serving institution. You want students – especially in our field – to experience the city rather than living in suburban campuses where they are far removed from a lot of the problems we discuss in classes. At University of Washington we are in the city, we have urban issues, and we’re really part of the urban fabric.