The call for academy-owned open access (OA) journals is getting louder. Today, more scholars and institutions are launching and supporting academic-led journals in order to introduce alternatives to subscription journals and create competition to force down OA article processing charges, which corporate publishers have been increasing upwards of 6% a year. The transition to online publishing is making it easier than ever for members of the academic community to start journals and even flip subscription titles to academy-owned OA models, and they’re showing that they can publish at a fraction of the cost of their corporate counterparts.

At Scholastica, we believe that in the future the majority of journals will be academy-owned and we think that the way to get there is by creating tools to make it possible for anyone to peer review and publish professional OA journals easily and affordably. We’re proud to have many academic-led journals using our software and services to manage peer review and to publish modern articles and issues online.

We’re starting this new blog series to take some time to highlight some of the impressive academic-led journals using our software. For our first post, we reached out to Fields Medal winning mathematician Timothy Gowers who uses Scholastica software to run two mathematics journals that he founded— Discrete Analysis and Advances in Combinatorics. 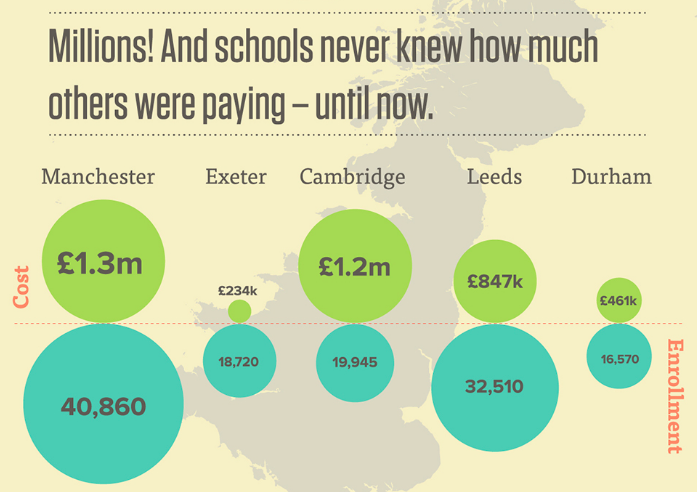 Gowers has long been a proponent of academy-ownership of research. In 2014 he released a blog post with the findings of public-record requests for the details of university Big Deal contracts with corporate publisher Elsevier. You can see a visual representation of the data here. The revealing expose showed the exorbitant costs of Elsevier’s Big Deals (bundled journal subscriptions), long hidden behind confidentiality clauses in the publisher’s contracts, and it helped to increase scrutiny over corporate publishing fueling the OA movement further.

Gowers has since continued to raise awareness of the costs of corporate journals - both subscriptions and APCs - that are crippling library budgets and he’s taken action to begin shifting the balance of publishing power back to the nonprofit sector by launching academy-owned journals and encouraging others to do the same. In March of 2016 he founded his first free-to-read and free-to-publish-in Diamond OA journal Discrete Analysis. The journal operates using the arXiv overlay publishing model, in which peer-reviewed articles are hosted on the arXiv preprint server with DOIs designating their published status. Now, just two years later, Gowers has launched Advances in Combinatorics, a second arXiv overlay journal. Using the arXiv model, both journals operate with virtually no production costs.

When Gowers initially had the idea of starting an arXiv overlay journal he knew that the tools he used would determine the success of his efforts. “I found some initiatives working to enable such journals, but they seemed difficult to set up and maintain,” he explained. “Then I found Scholastica and saw we could get the journal going quickly.”

Using Scholastica software, Gowers and his team were able to set up a streamlined peer review and publishing process for Discrete Analysis and now Advances in Combinatorics. Scholastica’s arXiv integration makes it possible for their authors to directly import manuscripts into Scholastica from the arXiv. Using Scholastica Open Access Publishing tools, both journal teams were able to create a professional publication website quickly, giving readers a modern browsing experience by showcasing images and descriptions of articles on the site that link to the full versions on the arXiv.

Reflecting on his experience running academic-led journals using Scholastica tools, Gowers said, “the cost is orders of magnitude less than that of a traditional journal, and the system is very simple to use, from setting up the journal in the first place to handling papers once it has been set up.”

In a blog post announcing the launch of Advances in Combinatorics Gowers stated that he wants other scholars and organizations to realize that there’s little holding them back from launching journals. “I want to make one point loud and clear, which is that the mechanics of starting a new, academic-run journal are now very easy,” said Gowers. “Basically, the only significant obstacle is getting together an editorial board with the right combination of reputation in the field and willingness to work.”

Why academic-led and why now

Gowers believes that scholars should take a grassroots approach to transforming the academic journal publishing landscape to ensure that OA publishing is affordable now and in the future. He acknowledges that while individual academic-led journals may not take power over research from corporate publishers right away, such initiatives can signal discontent within the current publishing system and begin to radically shift market forces.

“Probably major change, if it happens, will be the result of decisions made by major players such as government agencies, national negotiators, and so on. Compared with big events like the Elsevier negotiations in Germany, founding a new journal is a very small step,” said Gowers. “However, this is a familiar situation in politics. Big decisions are taken by people in positions of power, but what prompts them to make those decisions is often the result of changes in attitudes and behavior of voters. And big behavioral changes do happen in academia.”

Gowers argues that the academic community should focus on launching OA journals to fill gaps in disciplinary areas where scholars do not have fair OA publishing options, in order to give scholars power of choice when deciding where to publish. He explained the gap that his new journal will fill saying, “the rough level that [Advances in Combinatorics] is aiming at is that of a top specialist journal such as Combinatorica. The reason for setting it up is that there is a gap in the market for an ‘ethical’ combinatorics journal at that level — that is, one that is not published by one of the major commercial publishers, with all the well known problems that result.”

Gowers and a group of colleagues, including Mark Wilson, Björn Brembs, Alex Holcombe, Benoît Kloeckner, and Johan Rooryck, are working to encourage others to support and run academy-owned journals with the launch of the Free Journal Network. FJN is a network of journals run according to the Fair Open Access Principles that academic-led journals can apply to become a part of. Additionally, FJN offers support for academic-led journals via its blog and GitLab forum where scholars can find and post OA publishing resources and advice.

You can learn more about Discrete Analysis and Advances in Combinatorics by visiting the journal websites.