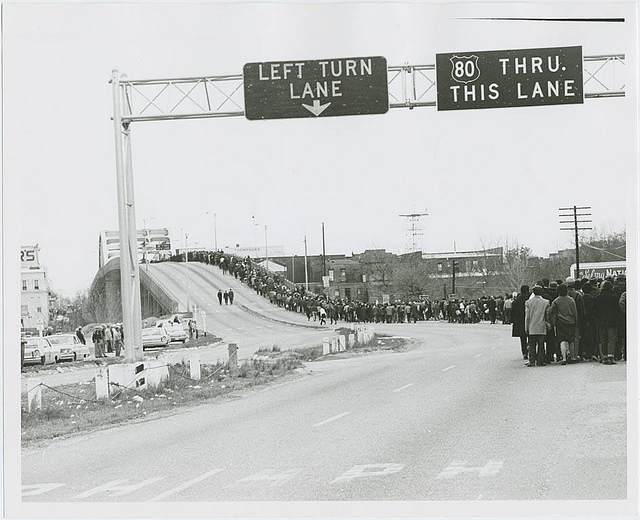 What do JD candidates hope to get from their law degrees? Is it a spot in a Big Law firm, or an opportunity to work, most likely on a smaller scale, on social justice issues that matter to them? It depends on whom you ask - but in the experience of Harold McDougall, Professor of Law at Howard University, students come to law school to achieve the latter more often than not.

Once in school, students looking to use their law degrees to work on initiatives in support of the greater good can often become disillusioned by the premium many law schools put on corporate career trajectories. McDougall is trying to change all of that by embracing a teaching model he outlines in his recent paper published in the Journal of Legal Education titled “The Rebellious Law Professor: Combining Cause and Reﬂective Lawyering.” McDougall shared his thoughts on the state of legal education and what it means to be a “rebellious law professor” in a recent interview. Check it out:

Can you briefly overview your paper and what inspired you to write about becoming a “rebellious law professor”?

HM: Gerald Lopez is as much a player in this paper as I am. Starting in college, I’ve always been interested in connecting with the larger community. I was in the Civil Rights movement and did a lot of community organizing. Fast-forward to when I was one of the founding faculty members of the CUNY Law School. I worked with Sue Bryant, Professor at CUNY Law, to set up an externship program that was designed to push students out into the community to help them make sense of what they were learning in school. Now, fast-forward to just a year ago when I was at a conference sponsored by the Rebellious Lawyering Group that was started by Gerald’s book he wrote in 1992 called Rebellious Lawyering: One Chicano’s Vision of Progressive Law Practice.

In the book Gerald talks about how lawyers have to avoid being sort of overbearing when representing people in subordinated communities, not only to avoid being perceived as elitist, but to take the time to see that these folks can teach us a lot. Gerald says lawyers need to “rebel” against elitist, regnant (“reigning”) lawyering patterns and appreciate the problem-solving skills of community folks. His work sounded a lot like what I’d been thinking all along.

Interestingly in 1992, the same year that Gerald wrote his book about being a rebellious lawyer, I wrote a book called Black Baltimore. That book was the result of four years of walking around the neighborhoods in west Baltimore that are now the subject of The Wire TV series, and in that book I detailed and recorded my conversations with the people in those communities. So when I met Gerald last year, I was thinking “well I’m not a lawyer anymore, I’m a law professor, but I still maintain an interest in the community, so what do I do?” That’s when the idea of “The Rebellious Law Professor,” which kind of merges Gerald’s idea with my own experience came to mind.

When you were writing your book Black Baltimore, were you thinking about progressive lawyering and being a rebellious lawyer?

HM: I had actually kind of given up on law. I was much more interested in community organizing. I had been practicing law and teaching for a long time and I was disillusioned with what law was doing. It had its legendary days with Brown v. the Board of Education and the early civil rights cases, but my experience was that once those court cases were decided, very little changed on the ground. To really make change people in the community had to get organized, like Martin Luther King Jr. with the Montgomery bus boycott, the student sit-ins in the 1960s, and the voter registration drives. Having a lawyer get a law passed or a judgment was enough to frame the struggle, but it wasn’t enough to make it happen. So I was out there trying to figure out how to work in the community to facilitate change without lawyers. And again, reading Gerald’s work and then meeting him I realized that I could do both.

As law professors, we can have our foot in the community and prepare students who are going to be lawyers to go out and do social justice work. But in order to do that we also have to change the way we teach, and the way we think of ourselves within the university. I said that in the article we’re talking about today, and also in an earlier article I wrote called “The Challenges of Legal Education in the Neoliberal University,” that appears in the National Lawyers Guild Review. In both, I argue that the corporatization of university education generally, and legal education in particular, is beginning to crowd law professors. It’s certainly crowding our students. The sort of tradition that we had of lawyering for social justice is beginning to get crowded into a corner, and professors are beginning to get crowded in, too. At the same time, corporatization and neoliberalism are having profound effects on the communities outside. So there’s a way in which the problems we encounter in the community are beginning to look more and more like the problems we face ourselves.

How do you think law schools are encouraging students to stay in regnant lawyering patterns? And how are you working to counter this in your teaching?

HM: When you’re in an elite position as a lawyer, even if you’re about social justice, it’s like you’re 30,000 miles up. People look like specks on the ground to you. But, if you go to the streets and talk to people you realize there’s a lot going on that you don’t see because you’re immersed in this corporate structure. What we often teach students today is to get dressed up in the same dark suits and go to interviews for big firms. We’re setting them up to be removed from the community. And a lot of students do all these things because we encourage them to. Some students really like the idea of working for a corporate firm, but many of them start to think, “this is no life. This isn’t why I went to law school, I went to law school to help people.” Then, after entering the corporate world as lawyers, they find themselves trying to make their way back to where they were when they were first year law students. What I’m saying is that as professors we need to create an honorable path for students to do social justice lawyering.

At Howard I just taught a civil rights planning seminar and a sustainable development seminar, in the fall semester. For those upper-level writing courses students wrote about things like the increasing criminalization of black females in schools, a sharing economy that would focus on low-income communities, and much more. These students thought about issues, researched them, and came up with great ideas - but what’s going to happen to those ideas? The institution is telling them “Okay, that was a nice paper. Now, put it aside and go interview for a firm.” But some of those papers, particularly the sharing economy idea one student came up with, could be a lifetime of work. In my teaching I want to help students realize such ideas.

But, helping students create a social business, apps, and things like that is not within my skill set. So I know that I’ll have to reach out to other progressive faculty at the university. I’m going to need support in doing this, I need to find people thinking outside the box - not just in law, but in economics, engineering, and so forth, and try to create a little collective of people who see what I see and are willing to help the students do it. The end of my article says, “I can’t wait to get started.” Well, now I have to get started and I have to figure out how to do this!

What is the connection between law students learning to become more progressive lawyers and law professors living that teaching?

HM: For professors, I think it’s really about reconnecting with the reasons you came to law school, the difference you wanted to make, and asking yourself - how are you giving back to the community? How are you giving students the opportunity to connect with the community while they’re still under your supervision so that they’re not just out there blind and they can actually have the benefit of your experience? Professors who want to be rebellious have to focus on immersing themselves in the community and bringing their students along. I think by approaching legal education in this way professors will grow, students will grow, and it will be a much more worthwhile experience.