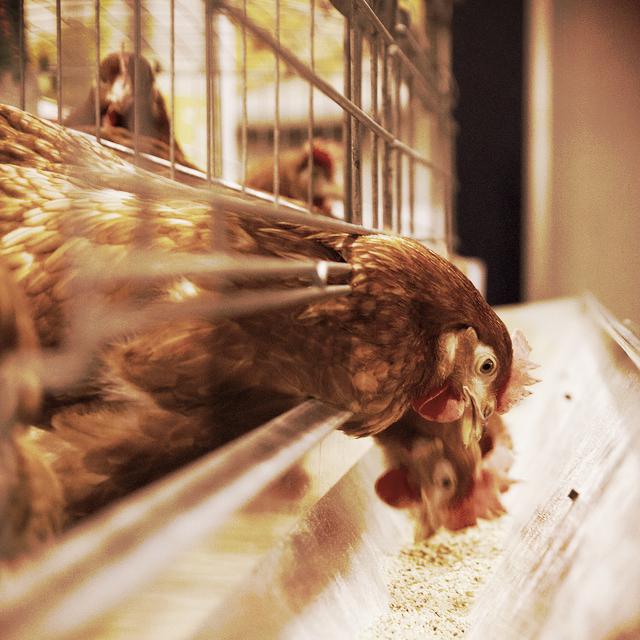 Eggs - they’re a staple of the classic American breakfast plate. When you think of where eggs originate, what comes to mind? In popular media, we’re often shown eggs and other animal products juxtaposed against the backdrop of idyllic farms where animals roam freely about. But is this association accurate?

Valerie Watnick, Professor and Chair of the Department of Law at the Baruch College Zicklin School of Business, admits that the often ugly truth of commercial farming can make people uncomfortable. It’s not easy to talk about the treatment of laying hens, such as the common and painful practice of debeaking to prevent the cramped animals from pecking at each other and themselves, but that’s no reason to avoid the subject. In her article “The Business and Ethics of Laying Hens: California’s Groundbreaking Law Goes Into Effect on Animal Confinement,” forthcoming in the Boston College Environmental Affairs Law Review, Watnick reveals the truths of the treatment of laying hens in America, as well as what new animal rights legislation in California could mean for other states and on the federal level. Here’s what she had to say!

Can you briefly describe your paper and what led you to write it?

VW: My paper examines California’s groundbreaking law passed in 2008, the Prevention of Farm Animal Cruelty Act, also known as Proposition 2, and a corresponding amendment passed in 2010 that makes Proposition 2 applicable to any businesses that want to import eggs into California. What the proposition provides is simple. It says that laying hens should be able to stand up, turn around, and have access to food and water from their confinements. It’s so basic but so important because it’s the first step toward decent living conditions for laying hens. Although there are other states that have passed similar laws, California’s was the first to go into effect in 2015. My paper also talks about our ethical obligations to animals and proposes a new federal framework for animal treatment laws.

Prior to researching this topic I was not aware of the horrid conditions under which farm animals live. I hope that this paper can bring some broader awareness to that issue.

What was the tipping point for passing legislation in California? Was public interest a major factor?

VW: Absolutely. It was a huge factor in California. Not-for-profit groups waged a public relations battle to get the proposition to pass, and the public overwhelmingly supported it. There were not-for-profit groups that had gone undercover to work in factories with video cameras. Some of the footage from those cameras that was shown in California just before Proposition 2 was passed shows hens that became stuck in their wire caging. The space was so small that they couldn’t extricate themselves from the caging to get water, and they died trapped. People saw this footage and didn’t want any part in that kind of treatment of animals and business.

Have there been attempts to reform the egg industry at the federal level in the past?

VW: I think it is a tough fight to pass these laws on the state and federal level. The public really has to be engaged to cause change. There are also what we call “instrumental,” or practical reasons for supporting more humane farm animal treatment that need to be brought to greater awareness. First of all, farm animals living in such incredibly close quarters are often given what are called subtherapeutic antibiotics. This can result in the development of antibiotic resistance and what we call “superbugs,” which is a huge problem for human beings. We can’t have superbugs rampant that our current antibiotics are unable to treat.

There also seems to be a reduction in salmonella and E. coli poisoning when animals don’t live in such a close proximity. The other thing that you can point to if people want “practical” reasons to support farm animal legislation is that the CAFOs (Concentrated Animal Feeding Operations) contribute to air and water pollution. There was a 2010 case in California against Olivera Egg Ranch where the community sued because the ranch was creating terrible pollution – so this is a problem for human beings, even someone who has no cares about animal rights.

What is the federal framework for animal treatment laws that you propose?

VW: I propose two separate frameworks. One is that the Federal Humane Slaughter Act has to be amended to cover laying hens and it should require more inspections. And two, I propose that we should adopt federal legislation that’s very similar to California’s law.

California’s law does not provide for luxurious accommodations for laying hens, but at least it provides that they have free access to food and water. I think that’s a basic minimum to which animals should be entitled. This begs another issue – “why should we worry about animal treatment?” I think it’s reflective of our society and our tolerance for violence and cruelty, which we don’t want to propagate. There are different schools of thought: there’s the animal rights group, and then there’s the utilitarians that say that whatever’s best overall is the route to take. But there are some more recent arguments that discuss that if animals have any moral status at all they shouldn’t be subjected to cruel and inhumane treatment. And if we believe that, just as a minimal starting point, it seems quite obvious to me that at minimum animals should be entitled to a humane death and access to food and water.

I’m a practical person. I would argue for very minimal federal law that would provide these basic provisions. I also think that federal legislation would save money for businesses because it would make regulations uniform.

What are your thoughts on the cost of transitioning to more humane eggs for farms and businesses?

VW: My findings were that the price change would be minimal. For a family of four buying a dozen eggs every two weeks, the price differential would be so marginal that it wouldn’t really have an effect on people’s egg-buying habits. In the ten or eleven months since this law has gone into effect in California, I have looked, and I have seen barely any negative press from farmers on the effect of the law. So we’ll have to keep a look out.

I think businesses are also moving toward a longer-term view, and they’re responding to public opinion. For example, big, big companies have announced that they are going to cage-free eggs including – can you believe it? – McDonald’s. It’s a response to public awareness. Consumers want to know that their food is wholesome and that it did not cause torture and pain to animals, and big companies are responding to it. So I think public pressure is a tremendous force with regard to federal humane animal treatment laws.