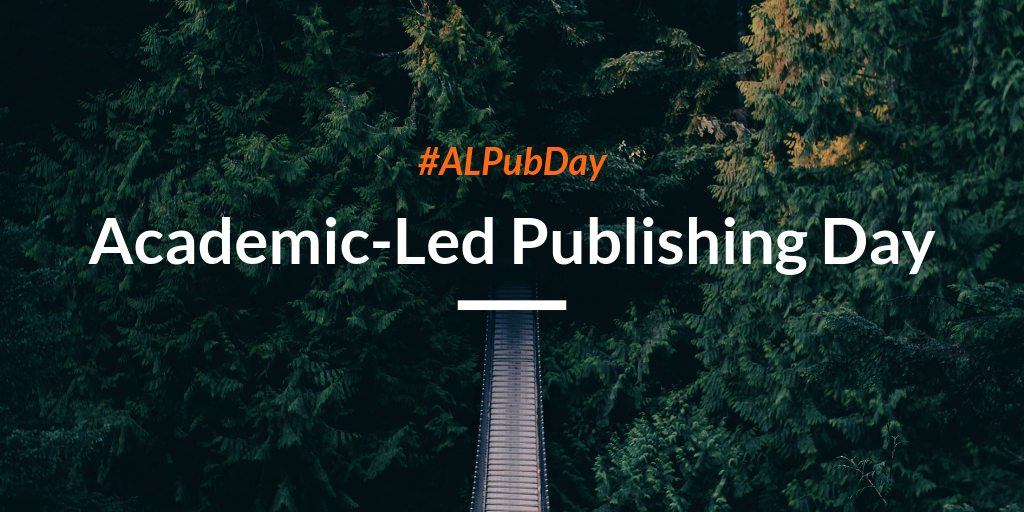 Join us for the inaugural Academic-Led Publishing Day

To see a list of all Academic-Led Publishing Day participants and scheduled events and resources so far, as well as to learn how to get involved, visit the official event website!

The goal of Academic-Led Publishing Day is to create an open dialogue about academic-led publishing programs and funding models—both current and potential—and to raise awareness about the roles and capabilities of different stakeholders in this space. Similar to Open Access Week and Peer Review Week, ALPD will be a community-run event with no official “owner” or “host organization.” Rather, it is an independent initiative that all participants are co-hosting and co-promoting via a shared event website and their own channels.

As ALPD gets closer, we wanted to take the time to share what you can expect from the day and how you can get involved. As a global event, ALPD will follow “the world standard” day and run from midnight to midnight Greenwich Mean Time (GMT) on February 7th. Here’s what to expect!

Resources on all aspects of academic-led publishing

The ALPD website is now live and resources are being added to it on a rolling basis as they’re ready. The website is broken into sections for every stage of learning about and developing academic-led journals and publishing programs including:

We encourage you to check out the resources available so far and to keep an eye out for new additions. There will be a plethora of useful content on the website by February 7th and many opportunities to discuss those resources and academic-led publishing models, best practices, and lessons learned.

There are many ways for organizations and individuals to take part in ALPD. To take part in the day, look for announcements on the official event website and follow event discussions on social media via the hashtag #ALPubDay.

If you work with an organization that would like to submit a blog post, online resource, or a digital/in-person event related to academic-led publishing to be included on the shared event website, you can sign on as a participating organization by filling out this Google form.

Individuals are invited to take part in the day’s digital events and join ongoing discussions on topics related to academic-led publishing. Among ways that you can take part are:

We hope to see you at the first official Academic-Led Publishing Day!