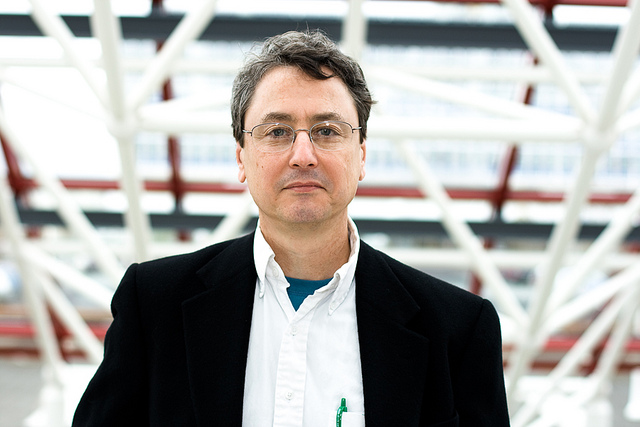 A nerve has been struck in academia following the resignation of the editorial board of Lingua, in protest of Elsevier’s exorbitant subscription fees and refusal to make the journal Open Access (OA). Scholars are questioning whether editors or publishers should own journals and what the mass exodus of Lingua’s editorial board means for the future of OA publishing. Could the noteworthy actions of Lingua’s editors spark a revolution of journals declaring independence from corporate publishers?

To answer this question, it’s important to consider the history of journals that have declared independence from publishers. Peter Suber, director of the Harvard Office for Scholarly Communication, Senior Researcher at the Berkman Center, Senior Researcher at SPARC, and Research Professor of Philosophy at Earlham College has been following the trajectory of journals leaving publishers since the late ‘80s. Suber first started a list of “Journal declarations of independence” on a personal website and in 2008 turned it over to the Open Access Directory (OAD), a wiki he co-founded with Robin Peek. The OAD version of the list is an open initiative that can be enlarged and improved by the whole scholarly community.

I caught up with Suber to learn more about his work tracking journal declarations of independence and his thoughts on the future of independent editor-run journals. Read our full interview below.

What was your impetus for starting the “Journal declarations of independence” list, and have you noticed any trends among the journals in that list over the years?

PS: I started the list partly to inform scholars of the different options they have to make journals open access and partly to put a spotlight on this very dramatic way of doing it. Many people find these actions inspiring, including me.

I’ve noticed a few patterns in the list. Eight of the 23 journals on the list are published by Elsevier. Elsevier takes the lead in the number of journals from which editors have revolted or resigned. That’s about 35% of the total. The discipline in which most of these declarations of independence took place is mathematics – I count seven in mathematics. That excludes those in computer science, where there are three. If you count math and computer science together, almost half of the journal declarations are in those fields. There are four in biology, two in medicine, two in chemistry, two in library science, one in economics, one in history, and now one in linguistics. There is obviously a stronger pattern in mathematics and the sciences than in the humanities.

Do you have any thoughts on why math and science have been leading the way in this effort?

PS: I can speculate about that. I think the natural sciences and mathematics are taking the lead on this front because they’ve taken the lead in OA overall. The Cornell arXiv in mathematics and physics is almost 25 years old – which is very old in internet time. Open access has been moving faster in the natural sciences and mathematics than in the humanities. There are many reasons for that, but one large reason is that there’s more awareness and understanding of OA in the sciences than in the humanities. In fact, you could say that there is a virtuous circle in the sciences, where more successful working examples have created better understanding, and better understanding has created more successful working examples. There may be a corresponding vicious circle in the humanities from which we are still slowly escaping. When journal editors are frustrated that their publisher is limiting access to the journal through high prices or restrictive licenses, those who are more familiar with OA will recognize that the publisher is overlooking or resisting good alternatives that have been tried and proved elsewhere. Those who are less familiar with OA will not notice that as readily.

What do you think it takes for editors to make the leap to launch their own journal? What will it take for more editors to do the same?

PS: What makes these declarations dramatic is that resigning as editor of a journal is a difficult personal decision. The role of journal editor is a prestigious position, it enables you to affect the future of your field, it’s power to do good, and it brings you many intangible career rewards. It’s also hard to launch a new journal, especially to launch a journal with the intent to do better than an existing journal, such as the one you just resigned from. So I’m not surprised that it’s rare. You have to picture people who are extremely frustrated. I’m sure that many editors are very frustrated but not quite to the point required to take these steps. Some of this frustration might eventually take the form of resignations and new journal launches. Every time a journal declaration of independence takes place, frustrated editors at other journals will think about whether they should follow suit, because they will know it can be done.

How do you think the recent decision of the editors of Lingua to launch an OA counterpart Glossa will affect other journals?

PS: Looking at the history, only about 23 journal editorial boards have left their journals or publishers. Even though each one reminds people that this option exists, it still doesn’t happen very often. So I’m not predicting a new rash of them. On the other hand, the action of Lingua’s editors is important because it’s arguably the first case of a humanities journal leaving its publisher, depending on how you classify linguistics and history. And Lingua is using The Open Library of Humanities, which is a relatively new OA publisher. Humanities journals that might not have thought about leaving their publishers before are likely to notice this, be inspired to think about their options, and consider the OLH, which they might not have known about.

What are the biggest factors that will impact whether or not we see more journals leaving corporate publishers?

PS: What does it take to bring the frustration of journal editors to the breaking point? I don’t really know. One variable is the existence of attractive alternatives. I’m not sure how many editors who are frustrated with their current publishers are aware of the different OA alternatives out there. If they followed the OA movement, they would be aware. But not all scholars are doing this. And even many who do are still laboring under misunderstandings, for example that all or most OA journals support themselves through author-side fees, or that all or most of these fees are paid by authors out of pocket. In this sense, part of the problem is the uneven distribution of knowledge about OA, even among people who would be better off knowing more. That’s one reason why these dramatic resignations help. They draw attention to more OA options available to researchers, journals, and publishers.

It’s important to keep in mind that editors are not publishers. When we think about non-OA publishers resisting OA, we sometimes lump editors in with the publishers. Sometimes that’s fair but very often it’s not. Editors have academic interests, not publishing interests. Their mission is to advance research in their field, evaluate the quality of new contributions, and do their best to make those contributions available to all who might benefit from them.

When we’re trying to predict whether more journal resignations are likely, we should remember who editors are. They’re scholars in their field. They’re individuals, not corporations. They may want a healthy bottom line for the journal, but their passion is to think about what’s best for their field or research topic, not to think about what’s best for the bottom line. When they are frustrated by their publisher’s audience-limiting prices or access policies, they reveal one more fault line, or one more front on which the interests of researchers diverge from the interests of publishers.