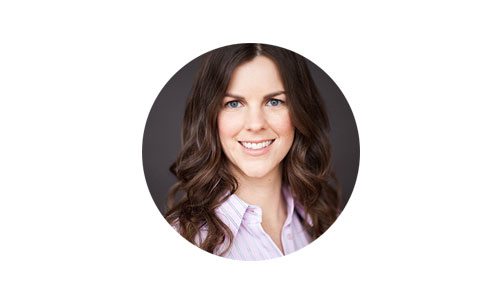 Graduate work can be both a dynamic and isolating experience for students, with law school being no exception. There are endless pressures that come with juggling schoolwork, extracurricular activities, future career planning, and day-to-day life, which can take a toll on students if kept pent-up inside.

Alison Monahan, Columbia Law alumna and founder of law student support startup The Girl’s Guide to Law School, knows this struggle firsthand. (Alison is also co-founder of law student resource websites the Law School Toolbox and the Bar Exam Toolbox, as well as law career website Trebuchet Legal.) She encourages law students to take a proactive approach to prioritizing their schedules in a realistic way, in order to have a healthy balance of schoolwork, professional development, and personal activities.

Monahan says success in law school and life begins when students start asking: “what do I need to make the most of my experience?” and start recognizing when to ask for help.

I spoke with Alison Monahan to get her insights on how students can stay positive and productive while juggling life and law school. Here’s what she had to say:

As with many things in law school, this is always a challenge. There are some 1Ls who come in and join every club and take on every pro-bono project, and in a way that’s great because you have a lot of stuff for your resume. But, that also means you probably don’t have time to focus on your classes and get the best grades you can, so that becomes a problem. It also becomes problematic when people totally focus on academics to the exclusion of everything else—and by that I mean not only joining a club or doing outside work, but also things like meeting your professor or going to a bar association event and other kind of minor networking things.

If you haven’t done much and you’re a 2L it’s not the end of the world, but it is also time to get involved in things. You want to have at least one or two things that you can put on a resume and that you can talk about in an interview.

Are there any extracurricular activities you think students should focus on more than others in order to stand out in the job search?

People should do things that they’re interested in! Sometimes people come to me and say I am going to do this project because it will be good on my resume. Then I ask them if they actually have any interest in the project. If the answer is no: why would you want that on your resume? It’s just pushing you towards something you don’t actually want to do. People have different preferences. For me, I found that doing pro-bono work was really good. It got me out of the law school bubble and offered a lot of perspective. You can also think outside of the box, though. Even doing a sports league could be great. It gets you exercise and it helps you make connections. People are reluctant to network, but I think if you gravitate towards activities that are of interest to you then the networking part kind of happens automatically and it’s less stressful.

What is one of your top tips to stay organized and productive while under pressure?

I love to use The Circles when I am trying to get things done. The way that works is: you sit down, get a piece of paper, and you figure out— what’s a reasonable amount of time that I need to work today? So maybe you have three things that you need to do and each one will take about two hours, so that’s about six hours. You draw out 6 circles for those 6 hours. You should also add in other things that are important to you like exercise, or coffee with your friend—all those things that are easy to keep putting aside. Now, you have 7 or 8 circles on your page and whole day to get it done, so those shouldn’t look too terrible.

The real genius here is that, if you actually sit down and do one task continuously you get to color in the whole circle. It’s fun to fill in the circles and this forced me to do work in a focused way, which is really the way you should. You should focus on one task intently and then take a break. The Circles makes you get serious about what you’re going to try to accomplish in a certain period of time. They also show you if your estimates of what you think things are going to take are accurate, so it helps you train yourself to be more accurate on how long things are going to take. That’s very important as a lawyer.

I also encourage people not to bring their laptop to class and take notes instead. If you go to class and really focus on what the professor is saying and try to take down the most important points, you’re going to learn more than if you’re there sort of on your computer taking notes then chatting with your friend. So that’s an example of where it might seem like you’re doing a good thing by bringing your laptop, but you’re actually not paying attention so you’re wasting time.

You have one blog post in particular on Girl’s Guide regarding why multitasking is a bad idea. Can you explain this and what students should do to be more productive?

The problem with multitasking is that any time your brain has to switch activities there is a cognitive cost. Think about it, you’re sitting in the library and you’re reading your cases for class the next day and every two minutes you look up and see an email from your friend, a push notification, or a Facebook message, and you switch for just 20 seconds. So then you’re like, okay now I am going to try and come back and read the case. Then you have this moment where you are thinking—where was I, what was I reading? Then you realize you were halfway down the page, and by that point you’ve basically just wasted that entire amount of time. Instead, if you chunk what you’re doing and you actually sit down and read the case from start to finish and then you look at your email or whatever else, you’ll be a lot more cognitively efficient.

You mention on your blog that a lot of law students face depression. Why do you think this is, and how can students guard themselves from law school’s emotional toll?

That actually happened to me. I went back for my second semester from where I live in California to law school in NY, during one of the coldest winters, which was nothing like I’ve ever experienced. I ended up basically not being able to get out of bed, not going to class, and suddenly I realized, I think I am depressed. So I went and got therapy, which was free and a great resource that I highly encourage law students to take advantage of. It was the greatest thing I ever did.

Later, when I started to do research for The Girl’s Guide to Law School book I came across all of these studies about depression and anxiety. I found that by the time they graduate law school over 40 percent of students are clinically depressed. And this made me start to think about my experience with depression in a different context, because I started to see that this is something that happened to me not something that was inside myself.

I am not sure you could say it’s just one thing that causes depression. I think the educational experience can be very alienating for people. I think for women it is alienating in a way that I wasn’t really anticipating. I was a programmer before I went to law school, so that was very male dominated, but I never felt like it was gendered in sort of the same way that law school and the legal profession are. I think there is also a ton of stress, because there is a lot of pressure to be perfect and to never make mistakes, which is problematic since making mistakes is how we learn things. The pressure and the stress and having too much to do can all start to feed on itself and suddenly you’re kind of in this downward spiral. There is a lot of competition, so people don’t want to necessarily admit that they’re being “weak.” What happens as a result is students don’t talk to people about their feelings, they don’t want to admit that they should go to therapy so they don’t go, so it’s kind of a whole bunch of stuff that can have some pretty negative repercussions.

I think they should and I think that some of them are starting to. One of the schools where I really like what they are doing is Georgetown. At Georgetown they have a first year program called The Search Before the Search, and the idea is to help people find a job and a career path that is suited to what they actually want to be doing, instead of sort of funneling into these traditional pathways of big law or whatever.

At Georgetown what they are doing is really trying to help people figure out: what are my core values? What is it that is important to me?

What advice do you have for the hard working law student who is still struggling academically?

I think if someone wants to avoid being in that position, it’s probably best to test your knowledge as you go. A lot of the problem comes because people don’t know how to convey their understanding of class material in tests. It’s not that they haven’t studied.

Part of my business is being a law school tutor, and a lot of times I work with people who have legitimately studied hard and they have worked a lot of hours and know all of the stuff, but they can’t really convey it. They just need some feedback saying: I know you’ve done all of this work, but what is your analytical approach? You have to know how to approach the problem. People can get caught up in information, but it’s really all about how you use that information. So in order to improve the situation you have to get help from people who are more experienced. That might mean going to you professor for office hours; if your school has an academic program, going and talking to someone there and trying to get them to give you feedback; going to a mentor that your school assigns you; or to someone like me to get tutoring help. Being really proactive is the key, and making sure that you’re testing your understanding and getting feedback where you can.