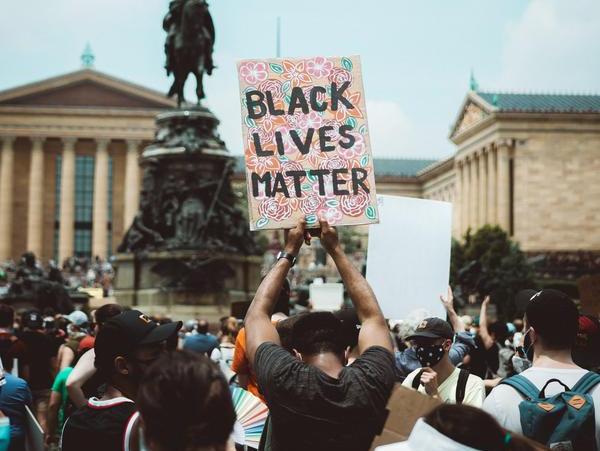 In the wake of George Floyd’s death, caused by a police officer intentionally kneeling on his neck for nearly nine minutes, protests have erupted in the US and around the world demanding justice for Floyd and broad reforms to address racist policing. “Say their names” has become a rallying cry for the growing Black Lives Matter movement, raising awareness of Floyd, Breonna Taylor, Tamir Rice, and countless others killed by police use of lethal force, which disproportionately impacts Black people. The efforts of Black Lives Matter activists have led to some significant changes, including multiple US cities banning the use of chokeholds and announcing plans to reallocate portions of police budgets to social services. However, there is a long road ahead to dismantle systemic racism and deep-seated flaws in the criminal justice system.

Mitch Crusto, Distinguished Professor of Law at Loyola University New Orleans College of Law, has spent years researching and writing about police use of lethal force. He continues to unpack the topic in his recent articles “How Police Get Away with Murder“ and “Black Lives Matter: Banning Police Lynchings.” In the interview below, Crusto discusses the many obstacles to police reform in the current US legal system and the transformational change he believes is needed to both save lives and foster community policing.

Your forthcoming article analyzes what you call the “Black Lives Conundrum.” Can you unpack that concept?

MC: Yes. I believe the general public, as well as many Black Lives Matter advocates, are unaware of the many legal obstacles that make it nearly impossible to successfully prosecute a police officer for killing a person. This is particularly true for innocent African-American males. The Conundrum is that, despite unprecedented national protest and demands for equal justice, the reality is a suspect police officer will likely be acquitted — think Rodney King’s case.

In your paper, “How Police Get Away with Murder,” you cite the Danziger Bridge case as a rare example of a successful prosecution of police officers for the wrongful use of lethal force. Can you briefly overview what makes that case the exception?

What makes this case exceptional was the federal investigation, the extensive evidence of the unjustified shootings, and the lying and covering up of the truth. The lesson is whenever there is an incident of police use of lethal force, a thorough, and perhaps, a federal investigation needs to occur. And, if the facts support a finding of an unjustified killing, there should be a prosecution.

How do you think police officers’ broad qualified immunity against personal liability while policing should be addressed to prevent abuse?

MC: Qualified immunity is a double-edged sword. It provides police officers and other government officials the freedom to do their jobs without personal liability for harms they cause in doing so. At the same time, it provides a broad shield to those same police officers to operate in a careless and sometimes reckless manner. In my opinion, we don’t have to change qualified immunity to reduce the excessive use of lethal force. I think we should change the police policies on the use of lethal force, broadly defined to include chokeholds. I think we should abolish the use of lethal force altogether, as I contend that such lethal force violates the constitutional rights of the victims and would-be victims. If an officer violates that ban, then qualified immunity should not apply, and that rogue officer should be personally criminally liable.

Some argue that police should be required to buy liability insurance to increase out-of-pocket costs for officers that engage in high-risk conduct and make repeat offenders uninsurable. What are your thoughts on this?

MC: That’s an interesting question. Currently, the municipality or hiring authority, via their insurers, are picking up large tabs of civil payments in wrongful death settlements. I would amend the police union contracts to have the police unions foot the cost of paying for police liability insurance. Ultimately, the police officers will pay through a slight increase in dues. The problem with insurance is that it shifts accountability and may not serve as a prophylactic against the overuse of lethal force.

What does it take to get an independent investigation of police use of lethal force? Should all such cases be reviewed independently to prevent police coverups, and is this feasible?

MC: That’s a tough one. The normal procedure to assess whether the use of legal force was unjustified or excessive is an internal investigation. There is conscious and unconscious bias operating there. Further, as in the Danziger Bridge case, the police who committed the killings could facilitate a coverup, including the destruction of evidence and the like. I recommend an independent investigation, perhaps at the federal level, of every incident when a person dies during or following an encounter of any kind with the police, including during stops, arrests, or while in custody.

MC: Hardly. The Obama Administration’s Justice Department was working towards addressing some of these reforms. Most, if not all, of these reforms were abandoned by the Trump Administration. Ultimately, I think that real change will require a complete overhaul of the policing system. I don’t believe that we need to completely defund the police, but we need to reimagine the policing system. I think that, like many of our institutions, racism is interwoven into policing and results in intended and unintended consequences. Reform can happen from the top down or the bottom up, but it needs to happen now.

In your paper “How Police Get Away with Murder,” you write, “we have evolved into a police state.” How do you think we got to this point?

MC: I believe our police state results from three causes. First, we have a history of the use of police to patrol and suppress perceived undesirables, particularly African Americans, and to support white supremacy. Second, the War on Drugs, especially the criminalization of marijuana, has made every person a suspect, subject to police intrusion into personal space. And third, more recently, the War on Terror has provided the Government the justification to aggressively investigate and arrest anyone who might be an enemy of the State.

Can you briefly overview your thoughts on how the Supreme Court and Congress should change the legal standard for assessing police accountability?

MC: Certainly, there are several ways that I believe are constitutionally sound and mandated. These are mutually exclusive. Each would provide relief.

Ultimately, these changes would save Black lives from police use of lethal force and would free police officers from the policies and training that encourages such inhumane executions, which I contend are a modern-day form of lynching.