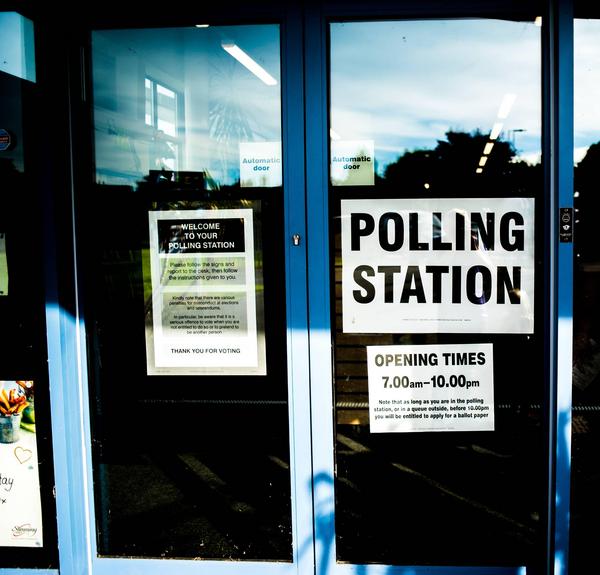 During the 2016 presidential election pundits, pollsters, the news media, and others, made predictions about Latino voters, such as that immigration would be a primary concern for all Latinos, which supported the expectation that the Latino population would vote democratic. In reality, this politicization of the Latino identity was inaccurate and there was more variation among Latino voters than expected. Aside from the fact that the politicized Latino identity was not totally on the mark, what were and are the effects of the inaccurate politicization of Latinos?

In their article published in University of Pennsylvania Journal of Law and Social Change, titled “Being Latino in the 21st Century: Reexamining Politicized Identity and the Problem of Representation,” Marvin Astrada, Professor of Politics and History at NYU, and Scott B. Astrada, public policy professional in Washington DC, explore the effects of politicization of the Latino identity during and beyond the election. The article examines how politicization has become more evident from the 20th century to present and how it’s affecting Latinos as a population and individual people. The authors argue that while a way to give underrepresented groups a stronger voice as a unit, politicization also runs the risk of homogenizing groups and inaccurately attributing the same needs to all members despite differences between subgroups and individuals. In the interview below Marvin Astrada discusses the details of the article.

In what ways was Latino identity politicized for the 2016 presidential election and how does it compare to the historical politicization of Latinos?

MA: Politicized identity, as a means to garner voting support, played a central role in U.S. political discourse during the months leading up to and including the most recent election. Predictions made by academics, pollsters, pundits, and other media commentators relied upon the predictability of politicized identity, i.e., Latinos, generally speaking, as a group identify as and vote Democratic, and would be a significant and incontrovertible factor in ensuring the success of the Democratic Party’s candidate on Election Day.

A comprehensive analysis of the election results are multifaceted and complex. In our article we focus on the elements which define politicized Latino identity as articulated by political and cultural Latino and non-Latino policy and political leaders, as well what Latino identity actually signifies. A central theme in our article focuses on the observable disconnect between a distinctly politicized identity as employed by various commentators, e.g., mainstream media and academics, in making predictions and the actual behavior of those emplaced within said identity. The disconnect raises questions regarding its accuracy and its representational capacity. For instance, the issue of immigration may indeed be important to the variegated communities and individuals that fall under a politicized Latino identity, but it is neither the singular nor even the highest priority for defining Latino communities’ and individuals’ interests. Politicized Latino identity, defined by political leaders, media, and academics may therefore not accurately represent the realities of those that find themselves emplaced within its confines.

Contrary to what may seem a homogenous, unitary Latino identity or a collaborative collection of diverse subgroups, the actuality appears to be quite the opposite. Generally speaking, Latino, as indicator of personal and social identity, as a site for political mobilization and organization, lacks internal consistency. At the inception of the 21st century, the term Latino is rapidly losing coherence. Depending on whom, and how, you ask, the answer to the question “who is Latino?” in the U.S. will provide various, and quite likely contradictory, responses.

Historically and presently, politicized Latino identity is defined by the fact that, in promoting sameness and unity, it detracts from its representative capacity for genuine political organization and mobilization that reflects the actual diversity of the peoples grouped together under the Latino signifier. For example, in the mid-20th century, especially among Mexican youths, there was a radical break from a prior trend of an assimilationist identity by Mexicans in the Southwest U.S. This was parallel to a related yet distinct movement among New York Puerto Ricans seeking self-determination and poverty alleviation. Among Mexican-Americans, the movement was based on notions of a collective identity tied to Mexican land itself, and a call for the return of that land by the U.S. This was a movement toward separatism, identifying Mexican-Americans as part of a separate colonized nation within the U.S. that should seek its independence. In contrast, the youth movements of Puerto Ricans in the Northeast during this time were very concerned with the independence of the island of Puerto Rico, and urban poverty in New York, rallying around a Marxist ideology of “awakening” the community from its “False Consciousness.”

Such social movements gave way to a professional “lobby-ization” of the “Hispanic” vote in the 1970s and 1980s. The radical character of the earlier movements shifted to a centralized mainstream policy machine, becoming a means of effectively administering identity (along with other racialized/ethnic identities such as African-American), reliant and intertwined with corporate America and federal government funding.

The Latino identity signifier is thus a relative construct that is always in danger of disproportionately emphasizing sameness and minimizing difference among the subjects that comprise the unified identity. This selectiveness enables Latino political identity to function as a cohesive group classification and a political construct designed to enhance political power. However, this movement toward cohesiveness may undercut the actual representative capacity of the signifier.

What immediate and long-term consequences do politicized identities have on public policy discourse?

MA: Politicized identity has and continues to play a significant role in U.S. politics. It has served as a means by which historically marginalized and disempowered communities have been able to express and have their voices represented and accounted for in law and public policy, e.g., the formation of the Congressional Hispanic Caucus in the U.S. Congress. The immediate consequences of promoting politicized identity is that it serves as a foundation for political representation for a historically marginalized/oppressed group. Also, it can be employed to garner and give shape to other groups that feel as though they lack representation in the political process.
The long-term consequences of politicized identity is the ever present danger of creating selective and exclusionary classifications that become ineffective in its representational capacity.

How a “genuine” identity is construed and represented by policy leaders may not necessarily reflect the actualities of the groups that said leaders speak for on the political stage. The emergence of subgroups, especially along gender, economic, racial, and cultural axes have presented challenges that traditional identity signifiers and policy positions can no longer incorporate in an inclusive and democratic manner. The danger in uncritically subscribing to a politicized identity is that it can be or become unrepresentative, of limited use for sub-groups to identify with, or worse, a mechanism to unilaterally impose politicized identity and accompanying policy positions on a group.

What do the 2016 presidential election outcomes say about how well we actually know the wants and needs of different populations and the means by which we identify them?

MA: One of the most significant things about 2016 election was the actual voting turnout and the unpredictable voting behavior of what once were considered predictable identity-based populations and geographic blocs premised on politicized identity. Reliance on assumptions that many predictive voting models were based on exposed the very insulated nature of the D.C. beltway and the elites that articulate identity-based policy. Politicized identity functioned as a convenient and presumptive prediction of voting trends, while other macroscopic factors, such as the make-up of the US Supreme Court, economic prosperity, job security, ideological and religious-based values and norms, were not fully taken into account. Platforms based primarily on politicized identity took precedence during the campaign.

How do attempts to unify different subgroups into one monolithic group create the potential of uneven benefits among subgroups?

MA: In the case of politicized Latino identity, the identity signifier is a relative construct that disproportionately emphasizes sameness and minimizes difference among the subjects that comprise the unified identity. The problem of subgroups is a problem of representation in the political space. While many groups acknowledge the diversity of subgroups, there is still the reliance of broad, uniform, and potentially suppressive interests that are ascribed to all members. The concern with politicized identity as a basis for measuring democratic representation in politics and policy is that it undermines diversity in the true sense of the term. The creation and maintenance of a democratic space wherein debate and discourse takes place to ensure that a group and subgroup(s) are empowered to express and influence the national narrative of what it means to be Latino is at odds with politicized identity signifiers that seek to universalize and homogenize select experiences, traits, behaviors, etc., to create a coherent, clearly defined identity for the purposes of political representation.

What alternative conceptualization do you suggest to help make Latino a more representative identity signifier?

MA: To facilitate a clearer explanation and understanding of what Latino signifies, how it manifests in public discourse, and its limits in terms of representational capacity, it is important to explicitly demarcate the politicized form of Latino from its non-politicized form. Conflating these two distinct dimensions, or using each interchangeably with the other, can lead to distortion by essentializing racial and/or sociocultural traits within the broader public policy discourse. Latino can thus be viewed as encompassing two different types of sociality: societal and communal. The communal and societal capture and clarify the complexity embodied in the Latino identity signifier.

The communal and societal encompass two different types of sociopolitical engagement and interaction that nevertheless coexist with each other. Social ties can be categorized, on one hand, as belonging to the realm of personal social interactions among members of a group and the roles, values, sentiments, and beliefs that ground such interactions, or, on the other hand, as belonging to formal direct and indirect social interactions among members of a group and impersonal roles, formal ties, and beliefs based on such interactions. Communal identity thus describes primary interactional relationships based on sentiment and on a unity that finds expression in the formation of a common “will,” which emerges from interpersonal social relationships and contributes to a common good, a unity that forms a distinct community. Communal identity refers to bonds of family, kin, faith, traditions, and habit that undergird relations and directly inform and impact societal interactions. Societal identity, on the other hand, describes an interactional system
characterized by formal relations based primarily on self-interest, competition, and negotiated accommodation. Relationships are rationalistic in structure, instrumental in form, individualistic in motivation, and exploitive in consequences. The ideological basis of societal identity can be found in values such as rationality and individualism.

Latino, then, has two very distinct spheres of meaning and application in public discourse: the formal and the communal. Those spheres, we contend, are at times conflated, resulting in sameness being artificially emphasized and difference being severely minimized. This further results in the production of exclusionary effects that undermine, rather than enhance, the wellbeing of Latinos from a macroscopic communal perspective. By distinguishing politicized identity from the communal identity embodied within Latino, one can observe how politicized Latino identity functions to manufacture coalitions, how it forges a confederation of different identities under an umbrella term that is constantly leveraged for political ends, and how it represents a unity of wills and interests in service of a “common” goal for all those who reside within the confines of Latino identity.