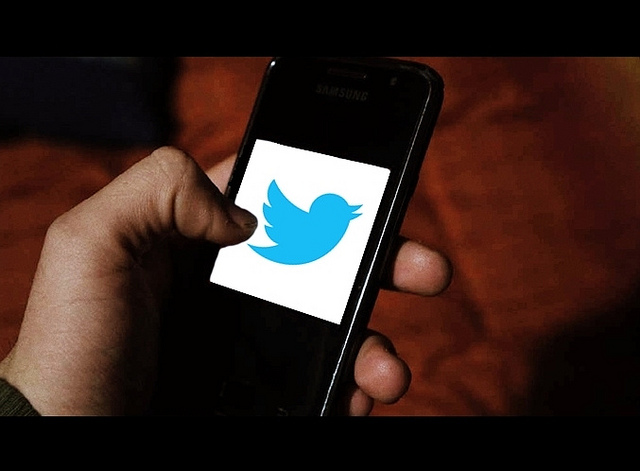 So you’ve set up a professionalized Twitter account for your scholarly journal, you’ve been tweeting daily and following relevant users in your field, but you feel like your journal’s account still isn’t growing as quickly as you’d like. Where are your first 100 followers? How can you get people to start mentioning your journal in their tweets? How can you start engaging with other users? There are many questions to address when getting a new Twitter account off the ground.

You can be sure that you’re not alone in wondering how to jumpstart your new profile. Fostering a well-known and engaging Twitter presence takes time and some trial and error. But, thankfully, there are some things you can do to speed up the process. Here are some steps you can take to grow your journal’s Twitter following:

In the previous post in this series we discussed the importance of tweeting about more than just your journal, and we think it bears repeating. Too often, journals fall into the pattern of only tweeting updates related to their publication and failing to engage with other scholars and organizations in their field. If you only use your account to tweet about your journal and nothing else, you can be sure people will start to get bored with it.

If you want to develop an engaging Twitter presence for your journal, it’s paramount that you post about a variety of things. Break up your tweets between different topics including:

When sending tweets that relate to other people be sure to also mention their Twitter handles in your posts. When you include Twitter handles in your tweets the people who manage those handles will be notified. People like to be mentioned on Twitter, especially if you’re sharing something they wrote or a project they’re working on. If the person you mention isn’t familiar with your journal’s Twitter account, seeing you mention them on Twitter may make them more likely to follow you. When you mention others in your tweets, since they’ll be able to see it, you’ll also be giving them the opportunity to like or retweet your post. When people engage with your tweets that activity will show up in their followers’ feeds, thereby creating more opportunities for scholars to stumble upon your account and follow you.

The more you mention and talk with other people on Twitter the more likely they’ll be to talk to, mention, and retweet you. For example, in the tweet below Hybrid Pedagogy journal shared @writingasjoe’s podcast and mentioned her in the tweet. She was able to see this and then retweet the post, which also got retweets from other scholars expanding its reach even further. In addition to mentioning other people in your journal’s tweets, one of the easiest ways you can engage with scholars and organizations on Twitter is by retweeting and liking their posts. As we explained in part 1 of this blog series, you can click the square arrows icon below other people’s tweets to retweet them and you can click on the heart icon below a tweet to like it.

Retweets are a way to reshare other people’s posts. You can retweet people mentioning your journal, news and announcements in your journal’s field, or other interesting content. Your retweets will be publicly visible on your journal’s Twitter feed, as pictured below.

Notice that in the below example MIT Press retweeted an article with tips for scholars preparing to submit to journals. This is a great example of finding content being shared by others that you know will be of interest to your journal’s audience, which will likely be made up of many submitting authors. As with diversifying the topics of your tweets so you’re not only tweeting about your journal, be sure to avoid only retweeting tweets that mention your journal. Make a point to retweet helpful outside articles and information as well. You’ll want to try to retweet somewhere between one and five posts per day. Retweeting is a good way to make the people you’re retweeting and their followers more aware of your account and to show goodwill to fellow Twitter users by helping them expand their platform, but as with regular posts every retweet you send will show up in your followers’ feeds. You’ll want to avoid sending too many tweets or retweets so you don’t overpower people’s feeds and cause them to unfollow your journal’s account.

Liking posts is a bit less obvious than retweeting. Your “likes” do not show up in other people’s main Twitter feeds or your own. Instead to view posts you’ve liked others have to click “Likes” in your Twitter profile to pull up that separate feed. Since likes are more low key you can use them more liberally than retweets. Use likes to acknowledge that you’re interested in news or content others are sharing, to like musings or humorous posts from scholars, and more.

If you’re not sure of how and when to jump into conversations on Twitter, retweeting and liking other people’s posts are great ways to easily engage with Twitter users.

Twitter can be overwhelming at times. With new posts coming out by the second and an endless feed of activity to scroll through you may find it difficult to know where to begin to look for posts to engage with. You may also be wondering how other people will find your journal’s posts amid all the other posts out there. The good news is, Twitter has a built-in tool to help you find relevant conversations and make your tweets stand out at the same time - hashtags!

You’re likely familiar with people including words or phrases with pound signs in front of them in their tweets. These are called hashtags. Some popular academic hashtags include: #scholcomm (short for scholarly communication), #scholarlypublishing (usually referring to scholarly journals or books), #acwri (short for academic writing), and the list goes on. If you’re not familiar with the use case for hashtags, you can think of hashtags as tags applied to tweets that all relate to the same category. Twitter users can click on hashtags in other people’s tweets or type them into the Twitter search bar to pull up a feed of all of the tweets from those on Twitter that use that particular hashtag or categorization.

For example, if you type “#acwri” into the Twitter search bar you will see a feed with results like those pictured below. All of these tweets relate to academic writing in some way whether they’re people talking about their writing, sharing academic writing resources, or posting some academic writing humor. Many scholars follow relevant hashtags, like #acwri, so when you mention hashtags in your tweets you make it more likely for scholars to find them. You can also choose to follow hashtags that are relevant to your journal in order to more quickly identify conversations among scholars in your field that you may want to engage in or retweet. For example, if you’re a sociology journal you may want to follow “#sociology” or “#SocSci” (short for social science). Scroll through the profiles of popular accounts in your journal’s field to see which hashtags they use and start to take note of them so you can search for those hashtags and include them in your tweets.

Engage in conversations about your journal and its field

In addition to finding interesting tweets to like and retweet, don’t be afraid to engage in conversations with fellow Twitter users. Tweeting congratulations at authors of your journal’s newest articles is one easy way to do this. Your journal can also comment on tweets about the work being done by leading scholars in your field, which can raise those scholars’ awareness of your publication and potentially help you get more submissions. As you get more familiar with Twitter there will likely be accounts you find you want to pay more attention to, perhaps because they share the best content or they are affiliated with your journal. Luckily, Twitter makes it easy to keep track of what specific people are talking about via lists. You can create any number of lists of fellow Twitter users, which you can keep private or make publicly visible.