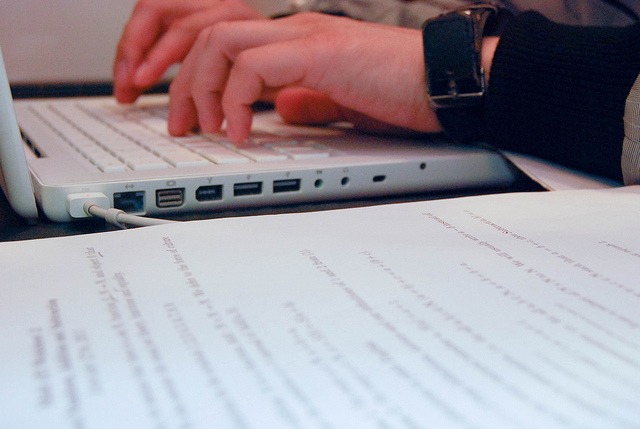 Writing rejection letters is never easy. As hard as it is for authors to receive adverse manuscript decisions, it can be equally difficult for editors to continually craft manuscript rejections throughout their day. Whether responding to desk-reject submissions or to submissions that have gone through one or multiple rounds of peer review, all editors have to find a constructive approach to writing rejection letters that works for them.

“It’s always hard to write rejections,” said Anita Harris, managing editor of SubStance: A Review of Theory and Literary Criticism. “I’ve been on the receiving end of those letters and it can be painful.”

Harris, who sends all of the rejection letters for her journal, said that while turning down submissions remains one of the hardest parts of her job it doesn’t have to be entirely bad. She brings her perspective as a researcher and author to all of the submissions decisions she writes and aims to give authors helpful insights that they can use to improve their future submissions. Below we outline some of Harris’ top tips for writing a more humane rejection letter.

As a best practice, Harris said it is paramount that journals include explanations for manuscript rejections in all of their decision letters to authors. These comments should come from the perspective of the editor who made the final manuscript decision. “You would never send a flat out rejection letter,” said Harris.

In their decison letter comments, Harris said editors should make a point to show all of the authors they respond to that their submissions were read closely and that the editor or editors who reviewed them took the time to understand and fully consider the submission. With regard to outlining the reasons for their decision to reject a submission, Harris said editors should focus on using clear language and referencing concrete facts. Editors should avoid writing blanket statements above all else, as they can seem more emotional than analytical and cause authors to feel like their submissions weren’t given fair consideration.

Harris said incorporating comprehensive editor explanations into rejection letters can be especially important for journals that charge submissions fees. “If authors have to pay money upfront and then get a rejection before their manuscript has been externally reviewed, at the very least they are going to want to have a reason for that rejection,” she said.

When it comes to sharing reviewer insights, Harris said she leans towards giving authors more information than less. “I send all reader comments as long as they’re constructive and they’re not too redundant,” she said. While some journals only send excerpts of reviewer notes, Harris said she believes it can be more beneficial to authors to give them the full picture of what reviewers had to say.

“I think most writers or academics would like to get that kind of feedback,” she explained. “If you choose to submit somewhere else it helps to have that range of reviewer feedback so you can improve your manuscript.”

Of course, if you choose to give authors full reviewer comments, Harris said it’s important to take precautions before sending out your final decision letters.

“As the person who writes the rejection letters, you do sometimes have to soften the language reviewers use or make it more formal in tone,” she said. “Occasionally reviewers will include things in their write-up that are clearly not meant for the reader.”

Harris said in her experience she’s always been able to find a way to structure reviewer comments in a positive light, but that if she were to come across an unconstructive review she would look to the reviewer for help.

“If I just couldn’t work with the reviewer comments I would look to them and ask ‘what can I say to the author that will be constructive?’”

Harris said in her opinion, providing detailed feedback in all rejection letters is an essential responsibility of academic journals. Incorporating editor and reviewer comments into decision letters can help authors of underdeveloped manuscripts learn, grow, and make future contributions to the academic community.

Be definitive but appreciative

All editors face the challenge of crafting rejection letters that give authors constructive feedback on their submissions but also make it clear to them that rejection decisions are final. Harris said editors should look to find a balance between both of these aims, keeping in mind that the tone and structure of their comments can have a big impact on how authors interpret them.

“You really try to make it as painless as possible, while at the same time making it firm enough where it’s closing the door,” she said.

In her decision letters Harris said she is always explicit and upfront about rejections, but also always makes a point to thank authors for taking the time to submit to the journal. When she provides editor and reviewer comments Harris said she is sure to present them as something she hopes the author will find beneficial. “I make sure to introduce the comments by telling authors I am including them in hopes they might be helpful. I think putting the letters together that way hopefully softens the blow,” she said.

In her experience, Harris said framing rejection letters in a useful way can turn a negative author experience into something positive. “I’ve actually had authors write me back to say thank you,” she said. “It’s always nice for myself and the other editors when that happens, it’s nice to know we’re helping people.”