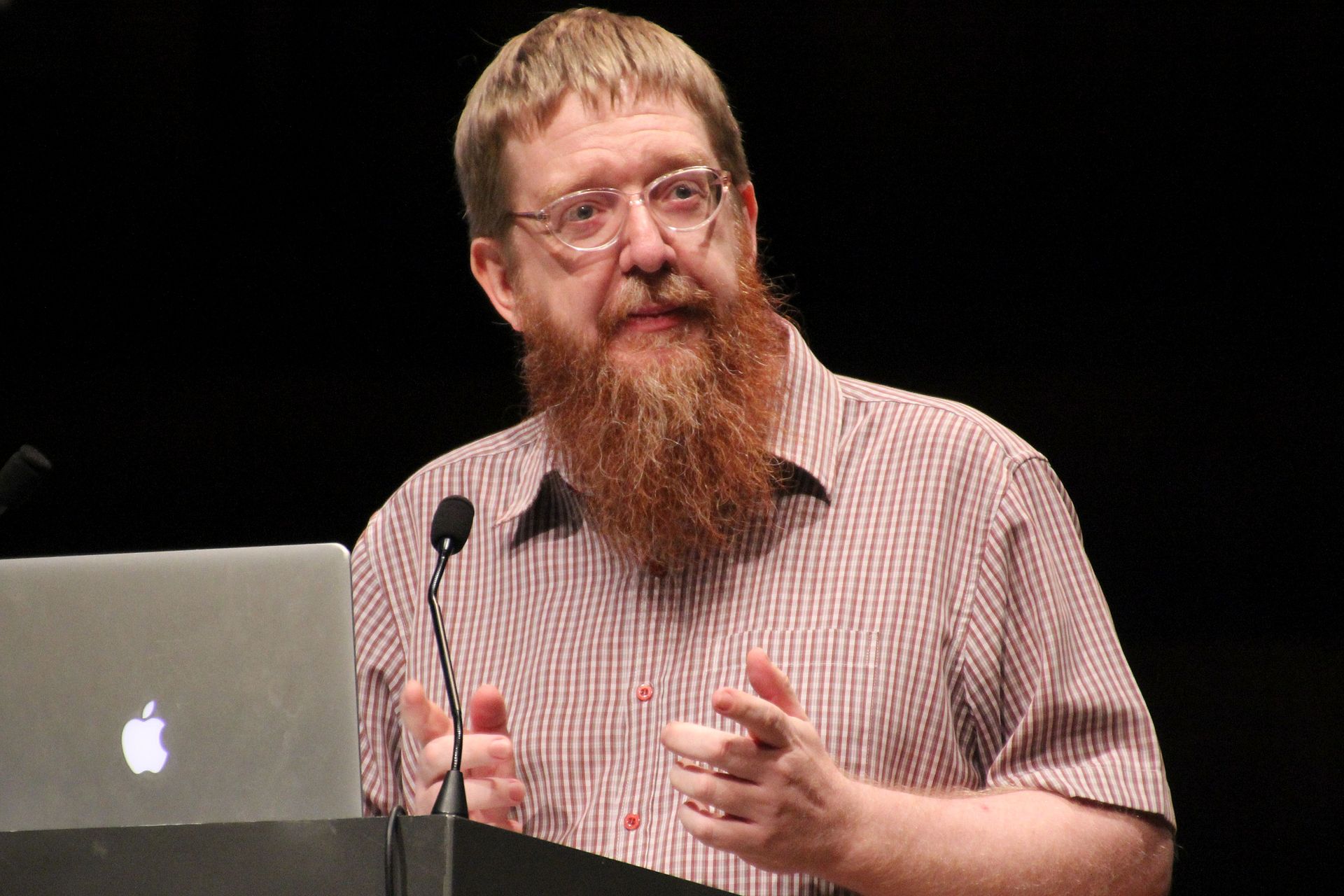 Andy Mabbett earned a degree in Computer Studies from Sheffield City Polytechnic in 1986. In addition to working freelance crafting and curating on-line communication, content, and communities; Mabbett is an active Wikipedia editor; Wikipedian in Residence for ORCID; author of five books about Pink Floyd; and a journalist. He is also an active ornithologist and photographer. Visit Andy’s Wikipedia Page for more information about him, including his ORCID ID.

Wikipedian and Open Researcher and Contributor ID (ORCID) Ambassador Andy Mabbett is on a web-linking mission of epic proportions. For the past year he has been working in conjunction with ORCID and Wikipedia towards integrating ORCID identifiers into Wikipedia and its sister projects on a global scale. Mabbett’s goal is to expand the benefits of ORCIDs, which are unique scholar identifiers, by giving academics a means of linking Wikipedia works they have contributed to or that mention them to their ORCID IDs. At the same time, the ORCID integration project will give Wikipedia visitors a way to learn more about the writers or subjects of the articles they are reading, via the individuals’ linked ORCID pages, in order to know the qualifications of the sources their information is coming from.

Mabbett, who began his career in 1994 as developer and manager of the Birmingham City Council website, began working with Wikipedia in 2003. He chose to transition to freelance work three years ago to focus on projects primarily aimed at helping organizations understand and implement open data and new technologies, as well as Wikipedia. Since then, he has served as a Wikipedian in Residence for gallery, museum, and archive organizations including Queen Street Textile Mill Museum, The New Art Gallery Walsall, and Staffordshire Archives and Heritage Service.

Mabbett learned about ORCID identifiers while working on a Wikipedia project to add authority control references, or templates to call information to Wikipedia pages from outside sources, to articles including Virtual International Authority File or VIAF identifiers. At that time, Mabbett began looking for other types of identifiers and stumbled upon ORCID’s registry of unique IDs for researchers.

“And it suddenly struck me,” said Mabbett “that ORCID is going to be incredibly useful from a Wikipedia point of view.” Mabbett says he became interested in ORCIDs because they are the only identifiers connected to authors of academic essays, and therefore cover a much wider range than identifiers used just for individuals with published books. “It also quickly became apparent to me that it applies to Wikipedia editors,” said Mabbett “because they write articles on Wikipedia, and that’s the kind of contribution that makes somebody eligible to have an ORCID identifier. I was very interested in knowing how we can add ORCIDs to Wikipedia.”

I had the opportunity to travel to Birmingham, England (via Skype!) to catch up with Mabbett, who was just announced ORCID’s Wikipedian in Residence, to learn more about ORCID Wikipedia integration and the many possibilities it will provide scholars and Wikipedia writers and editors alike. Check it out!

What prompted you to initiate the ORCID Wikipedia integration project?

I am interested in the concept of unique identifiers for things, whether they are people, or books, or organizations. I saw the potential of ORCID to be a unique identifier for Wikipedia editors and the people we write about or that we cite on Wikipedia.

In further research I became more and more convinced that it’s a good thing for society as a whole, because it’s clearly important to be able to identify who has written what and what experience they speak with. So I started using the ORCID feedback forum to make some suggestions.

How did you start working with ORCID?

I saw they were asking for participants for a working group on what they called Works Metadata—in other words the data they hold about the works that somebody has written or created. And I had some views as to what that should include, because I had worked on similar initiatives before. So I contacted them and volunteered to sit in, and was flattered to be accepted. The group has now finished and published a recommendation document, which ORCID is working towards.

You’re also an ORCID Ambassador. When did you take on this role?

Around the time the Works Metadata Group was winding down ORCID was asking for volunteers to be ambassadors to advocate for the use of ORCID and to inform people of what ORCID is—and so I offered my services. Most of the ambassadors are in a field of academia, but I have a slightly different area of operation in that I work in Wikipedia and in its sister projects and for universities in Birmingham and elsewhere, so I talk with them about ORCID opportunities.

How did you become involved in work concerning open data?

Open data is something I feel particularly strongly about, especially when the data is owned by public parties and so effectively we’ve all paid for it, we all own it, and I believe we should all have the rights to use it, unless there’s a compelling reason otherwise. I’ve been involved in lobbying government and public sector bodies to release data, but also as a consultant advising them on how to do so. The work I’ve done since going freelance has been around open data.

We’re excited to learn the specifics of the ORCID Wikipedia integration project—but before we do that could you explain Wikipedia and it’s sister projects a bit further?

Wikipedia is one of several projects. There are actually 287 Wikipedias in different languages. Then there are a dozen sister projects. There is Wikimedia Commons, which is the media repository used by Wikipedia and sister projects; Wikidata, which is a linked open data repository that contains facts from Wikipedia and other sources that are machine-readable data. We have Wikisource, which is original source text documents, and then there is Wikispecies, Wikiversity, Wikivoyage, and a number of others. Any of these can potentially use ORCID to identify people they are writing about or people who are doing the writing.

Work is underway to add new Wikidata related parameters to ORCID profiles—can you explain what this will entail?

Right now if we [Wikipedia editors] know someone we’re writing about has an ORCID identifier we’ll include it in the article we’re writing. One of the difficulties as an editor is knowing which subject has an ORCID, because not everybody who has an ORCID is putting it on their own webpage yet. So we need to do a bit of discovery there. One of the things I have been assisting the ORCID organization with is putting parameters into ORCID profiles where people can tell us they’re a Wikipedia editor or that there’s a Wikipedia article about them. This hasn’t happened yet—but when it does we’ll be able to extract information from the ORCID database, find out who those people are, and make sure that their Wikipedia articles have their ORCID identifiers on them.

The second part is encouraging Wikipedia editors to register [for ORCID] and to add the identifier to their user profile. Where people are willing to do that we should facilitate it.

On your ORCID Wikipedia integration poster at the 12th ORCID Outreach Meeting you showed that the property for notable people in Wikidata is P496. For those less familiar with Wikidata, can you explain the use and significance of this property assignment?

_P_ is a property in Wikidata. So property P and a number could represent date of birth, P and a number could mean male. These are statements—individual factlets about a subject or a person. We can put templates into Wikipedia or other sister projects that say—in this template bring in the value [for P] from Wikidata. The data is held in Wikidata, but Wikipedia and the other sister projects reference Wikidata. By putting a bit of code into a template on Wikipedia you can tell it to go to Wikidata and get the information for property P, in this case for the ORCID ID, and display it on Wikipedia. So if a Chinese Wikipedia editor has put an ORCID ID into Wikidata, when I write an English article the ORCID is pulled in automatically, even if I didn’t know it was added before.

Is awareness of the benefits of ORCID Wikipedia integration spreading quickly?

It’s still a trivial number compared to the number of VIAF entries we have. At the moment in English Wikipedia the number is 54. In terms of completion I think we’re just starting out. You can put that into three parts: first, all the infrastructure and coding and templates that need to be added for these different Wikipedia’s and sister projects, which is only just started; second, the integration of Wikipedia links into ORCID; and finally, getting the data into the various systems.
I am very confident with the progress we’re making and the positive reception we’re getting from both the ORCID and Wikipedia camps.

Who has been leading the integration so far?

Most of the articles that have ORCIDs on Wikipedia is because a Wikipedia editor found out about them and added the ID. [Among scholar ORCID users] I think we are seeing more interest amongst younger people who are developing their careers and realize that they need to make a name for themselves, as opposed to older people who feel they are known. But I feel that that’s short cited, for posterity they should be making sure these things are clearly defined and available.

ORCID uptake has been steep. Certainly within the generation, it will be a normal thing for everyone in academia to do it. I think when something is as embedded as that there will be no question in linking it to Wikipedia as there is no question about DOI.

What would you say will be the primary benefits of ORCID Wikipedia integration?

It will vary, but let’s suppose someone is a post graduate researcher at a university and they get a grant with criteria that they have to do public outreach work. Let’s suppose they write and edit Wikipedia articles and they want to give evidence they’ve done this in order to satisfy their funding body. They can include the Wikipedia articles they’ve written in their ORCID profile, and on Wikipedia they can put a link to their ORCID profile to tie the two together. Or, let’s say someone else is going to a job interview and they want to show the work they’ve done on Wikipedia to show they are a good fit for the job. It’s effectively an entry on their electronic CV.

If the person is a Wikipedia editor they can add [an ORCID] themself, if there’s a Wikipedia article about someone who’s not an editor and they want to have their ID included they can tell a Wikipedian and ask them to add an ORCID to that profile.

What is the most exciting part of the ORCID Wikipedia integration project?

I like linking together different resources—linking together Wikipedia pages or articles and Wikidata to the ORCID database adds value to both. And if there’s an ORCID profile about somebody that links to Wikidata and that links to another database that mentions them, then it adds further value—that’s what links and open data is all about and that excites me.