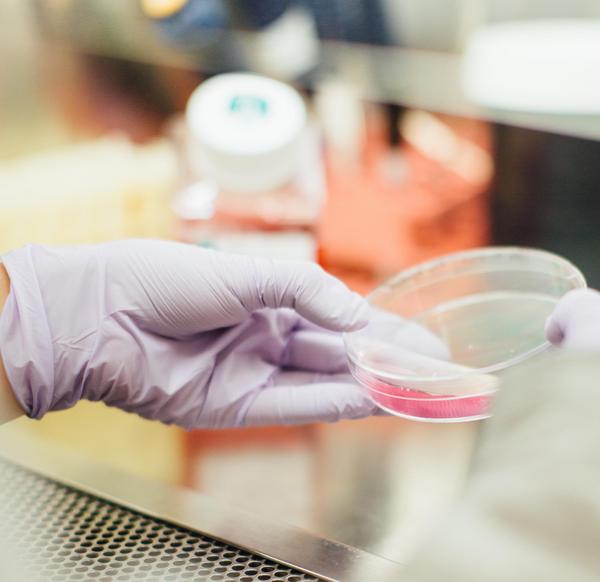 In the Fall of 2018, just ahead of the second international Summit on Human Genome Editing, news broke about the first live births of genetically modified human twins in China. Scientist He Jiankui used the lab tool CRISPR to alter genes at an embryonic stage in an attempt to make the twins resistant to HIV. The news sent shockwaves throughout the world.

As gene editing experiments migrate from laboratories to human clinical trials, there are many legal questions and concerns being raised. In his article, “Editing Humanity: On the Precise Manipulation of DNA in Human Embryos,” Paul Enríquez, JD/PhD, examines the legality of human genome editing. Enríquez begins by discussing the two types of gene editing that the scientific and legal communities must grapple with—the editing of somatic cells, which refers to any of the cells in the body excluding reproductive cells, and the editing of germ cells, which are heritable reproductive cells in the body. Enríquez’s article then focuses on germline genome editing (“GGE”), from administrative and constitutional law perspectives and argues that there is a pressing need for further scientific and legal analysis in the area. Enríquez discusses the details of his article and current legal practice around gene editing in the interview below.

How far has human genome editing come in recent years? Have there been many legal cases in this area or any precedents set?

Because we are dealing with an emerging technology, one can be hard-pressed to find any legal cases that deal squarely with genome editing, let alone human genome editing. One notable exception is the highly publicized legal dispute between the University of California, Berkeley and the Broad Institute of MIT and Harvard. But that litigation concerned the fight for foundational intellectual property rights over the CRISPR–Cas9 genome-editing tool. In contrast, human genome-editing technology is at an early stage of development and, thus, litigation has—for the time being—remained dormant.

It is important to note that none of the clinical trials noted earlier involve genetic modification of germ cells, also known as the germline, which refers to any of the body’s reproductive cells—sperm, eggs, zygotes, and embryos. Instead, the clinical trials involve somatic cells, a term that refers to all of the differentiated cells in the body excluding the reproductive cells. Thus, somatic genetic modifications are confined to the individual patient, whereas germline modifications are heritable to future generations. The distinction between somatic and germline genome editing is significant because there are current laws and regulations that clearly apply to somatic genome editing. The law on germline genome editing, however, is remarkably thin and constitutes uncharted territory. My article specifically examines germline genome editing and aims to close gaps in this important and emerging area of the law.

In your paper you reference the first genetically modified twin babies being born in China in 2018. How does this news affect US law and policy as well as law and policy in other countries?

PE: It has not exerted a substantial immediate effect in the United States—and will likely remain so for the near term—due to a de facto legislative ban on clinical germline genome-editing applications. Congress instituted this ban under a rider provision of the Consolidated Appropriations Act (CAA) of 2016. The provision came into law largely in response to news about a 2015 study in which Chinese researchers edited, for the first time, the DNA of nonviable human embryos. The appropriations bill prohibits the Food and Drug Administration (FDA) from reviewing any Investigational New Drug or Biologics License applications related to clinical use of germline genome editing. Although the rider bill does not outlaw germline genome-editing technologies, it is noteworthy because no drug, biological, or gene-therapy product can be marketed in a clinical setting without FDA approval. And no such approval can be granted if the FDA is unable to review the applications.

The twins’ birth has had a more immediate effect in China, where the government scrambled to introduce new draft regulations that would make individuals liable for any adverse effects that arise from their contribution into manipulating DNA in humans or human embryos. Other countries that already ban the practice may further dig their heels in opposition and introduce additional restrictions related to other aspects of gene editing.

But the news is likely to exert more long-term effects, particularly regarding public opinion of human genome editing in general, here in the US and abroad. The Chinese experiments that resulted in the birth of the twin girls last November were premature, ill-conceived, and did not conform with international standards. If the twins develop a serious health condition as a result of the amateur experiments, it could have a chilling effect on the development of the technology. By the same token, if the girls develop normally, public attitudes may likely change in favor of genome editing. Such was the case of Louise Brown, the first human conceived through in vitro fertilization (IVF) in 1978. Controversy surrounding her birth and the use of IVF slowly faded as it became clear IVF could be performed safely and effectively.

Your article explores human genome editing from administrative and constitutional law perspectives. Can you unpack this a bit—what do you think the key concerns are in each area of the law and who are the key players involved?

PE: My article makes three independent contributions. First, it examines germline genome editing through an administrative law lens, with special focus on the FDA’s jurisdictional authority as the agency in charge of protecting the public health and shepherding scientific discoveries to the clinical realm. It argues that the current legislative ban is unnecessary and creates more societal costs than benefits. It also analyzes how the gene therapy regulatory model, which establishes precedents applicable to somatic genome editing, does not fit germline interventions. The article then proposes a new regulatory paradigm for germline genome editing that flows from the D.C. Circuit’s ruling in United States v. Regenerative Sciences, LLC, which held that stem cell mixtures can be regulated as drugs or biological products under the Federal Food, Drug, and Cosmetic Act and the Public Health Service Act.

Second, the article contends that the current legislative ban is unconstitutional in the long run because it impinges on a cognizable fundamental right that protects select uses of germline genome editing. This right flows from jurisprudence in the areas of procreative, parental autonomy, and—to some extent—privacy rights, but it is not absolute. The article presents an interpretive model for jurisprudence in these areas and concludes that precedents in substantive due process and equal protection law, collectively, pave a path for the recognition of a right to perform germline genome editing in specific contexts.

Lastly, the article introduces a novel normative framework to delineate primary limits on a right to perform germline genome editing on the basis of four distinct categories. The taxonomy provides a conceptual and structural approach with which to outline a legal blueprint for germline clinical interventions and offers some policy recommendations.

In sum, the article offers legal- and science-based solutions regarding how to move forward with germline genome editing. The judiciary, policymakers, parents seeking to perform genetic modifications, the FDA, scientists, lawyers, the biotech industry, and the general public will play key roles in the future of germline genome editing.

Are there, or do you think there will eventually be, many lawyers specialized in human genome editing?

PE: I certainly hope that more lawyers become familiar with genome editing. Although it is important to note that involvement from the legal community as a whole will benefit genome editing the most given its widespread implications into myriad areas of the law including, but not limited to, administrative, constitutional, contract, corporate, criminal, environmental, family, health, intellectual property, international, property, and tort law.

In the past, you’ve written about the need for greater communication between the scientific and legal communities about how new scientific discoveries and technologies will impact the law. Do you think there is adequate legal awareness of and input in the area of human embryo manipulation?

PE: I think there is ample room for progress in this area. My article seeks to bring some clarity into this emerging field of the law and promote a measured dialogue within the legal community.

PE: Openness, transparency, public outreach and education, interdisciplinary cooperation and communication—among lawyers and scientists, and a willingness to set aside implicit biases in each field will be necessary to move forward as this and other emerging technologies continue to develop.

Regarding my personal experiences in science and law, I think undertaking an interdisciplinary approach to my research has helped me to better identify knowledge gaps, but also appreciate just how much work remains to be done. I am thankful to be in a position to contribute, alongside other scholars, to discussions on a subject that is among the most important and consequential of our generation.