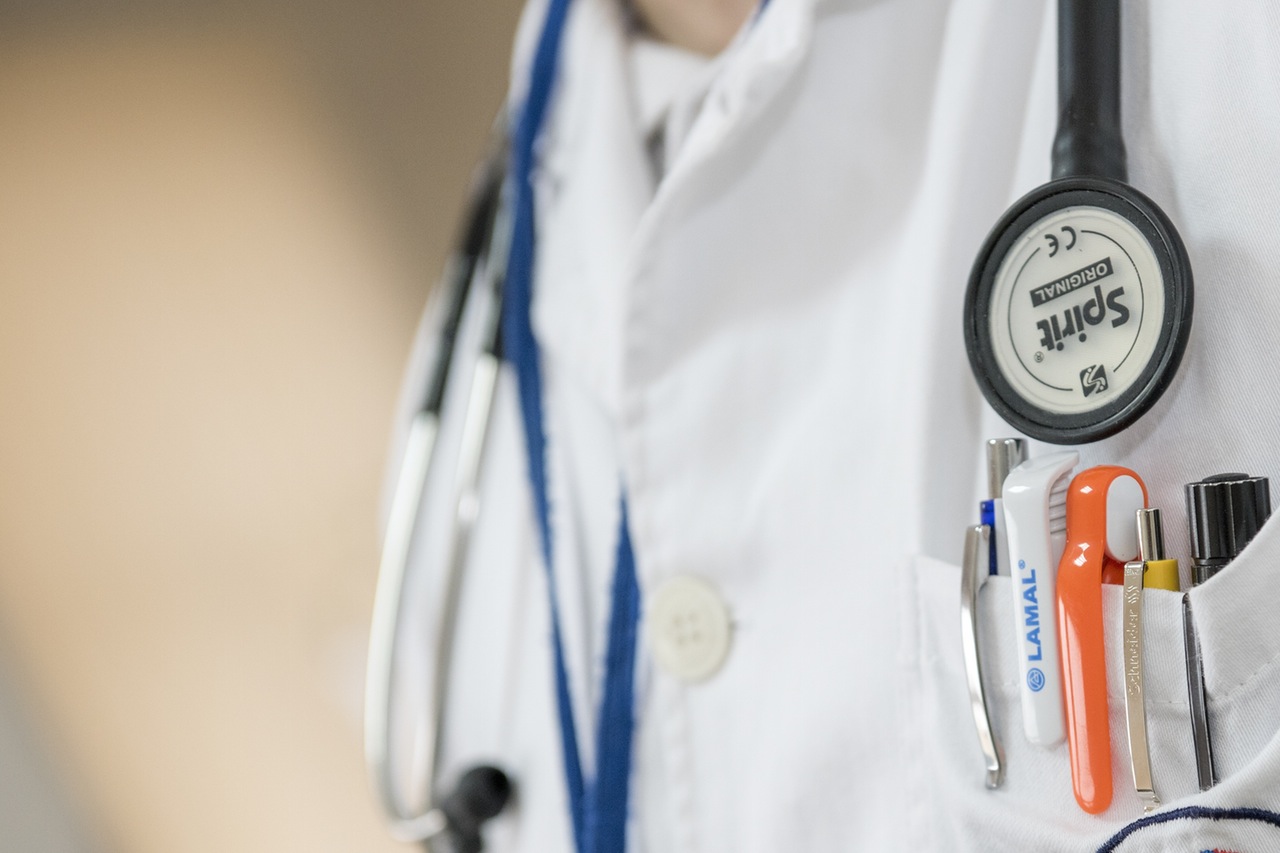 The pace at which new scientific and technological developments are being made is astounding. On the daily, we hear news of everything from self-driving cars to genetic engineering and other such breakthroughs that represent great opportunities for humankind. But when a new technology or scientific advancement is made it also tends to raise a lot of difficult operational and ethical questions. Addressing these questions often requires branching beyond the realms of science and technology to the legal system.

Despite the ever-expanding nexuses between science, technology, and the law, Paul Enríquez, lawyer and PhD candidate in Structural and Molecular Biochemistry at North Carolina State University, notes that there are large gaps present between the law and other disciplines. Enríquez says lawyers and scientists have a tendency to take an insular approach to their work not accounting for many interdisciplinary grey areas. In his research, Enríquez seeks to explore the relationship between science, technology, and the law head on. In his most recent articles “Genome Editing and the Jurisprudence of Scientific Empiricism“ and “CRISPR GMOs,” he introduces Clustered, Regularly Interspaced, Short Palindromic Repeats (CRISPR) - a breakthrough gene editing tool - to the legal literature. His work advocates for a framework to evaluate scientific and technological advances in relation to the law. He discusses his latest papers and the need to bridge the divide between science and the law in the interview below.

What was your impetus for researching CRISPR?

PE: Part of my scientific research concerns the use of a CRISPR system as a tool to edit the genome of a model organism. I came to realize, like many in the scientific community, that CRISPR is a transformative technology. The potential impact of this scientific breakthrough on the future of humankind is, in my view, on par with - if not greater than - the discovery of nuclear fission, which led to the development of nuclear weapons, or the advent of modern computing, which spawned the era of worldwide communications via the Internet. These realizations catalyzed my motivation to start filling a large void of CRISPR-related legal research.

Why do you think CRISPR is virtually unaddressed in legal scholarship?

PE: When I finished writing that paper, I performed an unfiltered search on Westlaw and other legal databases using the “CRISPR” acronym. The search returned zero hits for all primary - statutory and case law - sources, and only one hit for all legal scholarship journals. The sole mention of CRISPR in all of legal scholarship was relegated to one sentence in a paper published in 2014, which lacked any explanation for what CRISPR is or even what it means. It was clear to me that a pressing need to address CRISPR - and future genome editing technologies - exists, particularly given the potential widespread impact on a myriad of areas related to law, policy, economics, global trade, research, science and technology, and more.

How does your research contribute broadly to questions of science in the law?

PE: In general, my current research seeks to bridge the gap between science and law. Deep divisions between the two fields are growing to the point that scientists and lawyers are increasingly becoming comfortable with a special breed of disciplinary insularism - one that is dangerous to learning and the progress of society. The late Antonin Scalia famously illustrated this point when he wrote a concurrence in 2013, in which he candidly, yet disturbingly, remarked he did not know or even believe in well established scientific facts. That kind of aversion to science, even among jurists, has corrosive effects. It ultimately hinders the type of interdisciplinary dialogue required to fully address significant problems in an increasingly interconnected world.

To address this problem, my research seeks to provide a uniform and sorely needed doctrinal foundation intended to promote a system in which lawyers are able to fuse scientific empiricism and jurisprudence to combat scientific illiteracy. This framework aims to dispel a false dichotomy frequently associated with mutually exclusive roles for science and law. I call it a Jurisprudence of Scientific Empiricism, though its substance is more important than its name.

Your paper “Genome Editing and the Jurisprudence of Scientific Empiricism” highlights the dangers of “deceptive simplicity” citing Buck v. Bell as an example - can you explain how this fits into your research and issues of science and the law in general?

PE: I chose to highlight Buck v. Bell in the paper because I think it is a pertinent example relevant to today’s challenges concerning scientific misperceptions. Buck institutionalized compulsory sterilization of “imbeciles,” “mental defectives,” and “the feeble-minded” relying on an unscrupulous and racist ideology born in the late 19th century. When the case was decided in 1927, the United States Supreme Court endorsed the notion that “imbecility” is a hereditary disease. But the Court’s position was not grounded in known scientific facts. To the contrary, the Court relied on outdated scientific theories and propaganda popularized by false science. No legitimate scientific debate existed regarding the views about heritability of mental deficiencies adopted by the Court. Yet, Justices of the Supreme Court, despite all their education and intellect, proved to be highly susceptible to the propaganda spread by deceptive merchants with dangerous agendas. Over the span of seven decades, sterilization laws sanctioned by Buck deprived more than 65,000 people of the right to procreate. The Nazi party also relied on Buck to legitimize its eugenics agenda.

I use the term “deceptive simplicity” to refer to common substantive impediments to constructive debate that consist of impractical and often sensationalist claims about issues raised by scientific and technological advances. Complex scientific facts are frequently reduced to fairly simple and incorrect ideas that shape public perceptions. We see this today with many controversial topics such as “designer babies,” which I address in the paper. Many people believe the deceptively simplistic notion that “gene A is responsible for trait B” and, thus, advances in reproductive technology are capable of producing babies with myriad artificial traits like superior intelligence or extraordinary beauty. However, human knowledge is vastly incomplete concerning the genetics of highly complex polygenic traits. This scientific fact has not prevented the spread of controversies related to genome editing, which popular media frequently claims can help engineer tall, beautiful, and highly intelligent humans.

Common controversies surrounding scientific advances include the highly charged debate on genetically modified organisms (GMOs) - which I address in my other forthcoming article titled “CRISPR GMOs“ - the use of vaccines, global climate change, and many more. Despite the presence of scientific consensus on many of these issues, popular perceptions unsupported by facts often dominate public discourse.

The ultimate goal of my research is to contribute to uprooting these erroneous perceptions by fusing science and law. I believe it is important to examine scientific progress in law by firmly grounding legal analysis in empirical evidence. Doing so increases the likelihood of preventing the next Buck and proliferation of deceptive simplicity, which can, in my view, be more dangerous and deleterious than false science if left unchecked.

How should future lawyers be thinking about where there are gaps in the legal literature pertaining to advances in science (or other disciplines) as in the case of CRISPR?

PE: My view is that lawyers, jurists, and policy makers need not become amateur scientists in order to competently recognize those gaps and address questions of science in law. Rather, it is important that law and policy makers become engaged and proactively strive to grasp core elements of significant scientific advances - such as CRISPR - when called upon to examine questions raised by technologies derived from those advances. This approach is applicable to other fields in which scientific inquiry may play important or dispositive roles.

I also think scientists and lawyers need to reject disciplinary insularism and embrace interdisciplinary cooperation. Scientific illiteracy proliferates along a bifurcated path where science and law diverge away from each other. Too often, scientists with the most relevant knowledge choose to confine themselves to their research and many do not effectively engage with the public to correct scientific misperceptions. And too often, members of the legal community and legislators resist engaging with science and scientific developments. Facilitating mutual engagement between lawyers and scientists can only benefit society as a whole.

I hope my research helps to expedite that engagement and encourage a measured conversation about the current and prospective use of science and technology. My ultimate goal is to facilitate an interdisciplinary exchange of ideas, which may be more important than ever before in this era of so-called “fake news.”

Tags:law reviewlaw authorscience and the lawCRISPR
Show Comments
Search the Blog
Subscribe for Updates
Get a demo of Scholastica
Easy-to-integrate peer review, production, and open access publishing solutions to help further your mission.
Request a demo
Free Resources for Editors