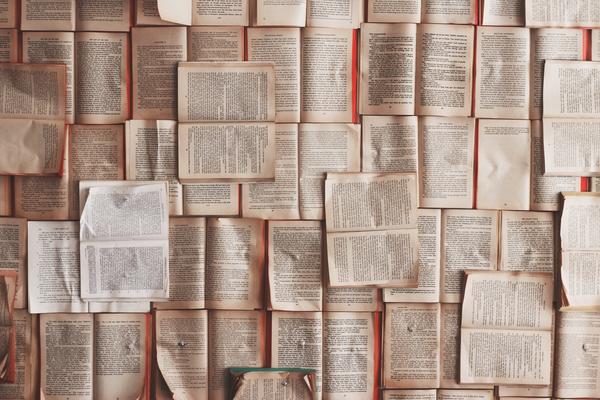 Discussions about scholarly research have historically occurred within the confines of academia. Up until recent years, after being vetted by experts in the field, the majority of articles accepted to peer-reviewed journals were published behind paywalls limiting public access to the research and scientific discourse surrounding it. But the expansion of open access (OA) publishing has started to change that.

An article about undisclosed learning disability and ADHD diagnosis among participants in concussion studies titled, “Cognitive Disorders Among Incoming College Football Athletes: Legal and Medical Implications of Undisclosed Inclusion in Concussion Research,” is a recent example of OA research entering the mainstream. The article, which was published in The Journal of Scientific Practice and Integrity (JoSPI), became the basis of a multimedia news story by sports outlet The Athletic. JoSPI is a diamond OA journal launched in 2019 by Dr. David Egilman, Clinical Professor of Family Medicine at Brown University. The journal uses Scholastica’s peer review and publishing software.

Since being featured in The Athletic, the JoSPI article written by Ted Tatos, economist and adjunct professor at the University of Utah, and Donald Comrie, CEO of NeuroLabs, has been the source of wide-reaching scholarly and public interest and debate. The Athletic story and subsequent news coverage on the topic raised awareness of the JoSPI article, as well as other research both supporting and contradicting its findings. It’s an interesting example of public awareness of research that open science can stimulate.

I had the opportunity to speak with Egilman and Tatos recently to learn more about how the JoSPI article came to be featured in The Athletic and their thoughts on how OA publishing can increase awareness of research and discussions surrounding it. Below are highlights from those interviews.

From academia to the mainstream

When Tatos and Comrie started working on the article, Tatos said they had no idea how far it would go in terms of media coverage and public discussion. “Other than the fact that we thought it was going to be an important topic, we didn’t have any thought as far as a news outlet picking it up,” said Tatos. “Someone referred a reporter from The Athletic to me because I was working with college football data, but they were originally interested in doing a story on the use of stimulant medication and performance enhancement drugs in college sports. I gave them a broad overview of the work we were doing, and that’s when they become interested in learning more.”

Tatos said he doesn’t think his and Comrie’s article would have reached the level of scientific or public awareness that it did without being openly available and covered by The Athletic. “We felt the paper addressed issues that have significant public relevance, but it would not have received the level of dissemination it got or the attention it got had it not been for the interest of the media.” The article now has over 2,500 page views and 300 downloads.

Since the publication of The Athletic piece, members of the academic community have spoken out on the topic, including the release of two open letters. One letter called upon the NCAA and member institutions to release anonymized data on learning disability and ADHD rates within their athletic programs to investigate the article topic further. Another letter criticized the article conclusions, citing an OA article published in the British Journal of Sports Medicine (BJSM) titled “Predictors of clinical recovery from concussion: a systematic review” that did not find significant connections between learning disabilities and concussion recovery.

The fact that the JoSPI article and the BJSM article can be openly read has enabled anyone engaging in discussions about the research to go beyond news coverage and straight to the academic sources referenced. It’s a level of access to science that, most likely, would not have been possible in the era of almost exclusively paywalled publishing.

The Athletic article addresses many complex topics around concussion research being debated within academia and discussed in the public forum. Enabling wider analysis and debate of peer-reviewed research is something that JoSPI editor-in-chief David Egilman said he believes is a primary goal of open science.

“The more broadly the research is read, the more impact it can have, and the more peer review can be had. Peer review really begins with publication,” said Egilman. “We want to encourage conversations about the ethics of research practice in a variety of fields, and in the public domain.”

Egilman said making research as widely available as possible to both academics and the public is also core to the mission of JoSPI. “It’s very important to us that we publish research and information that doesn’t discriminate based on a question of access,” said Egilman. “Public citizens have as much a right to science as do scientists, especially for science that is produced through public funds. As we are a journal that directly addresses research and publication ethics, being open access is vital.”

Familiar with the publication process both from the perspective of a submitting author and journal editor, as editor for The Antitrust Bulletin, Tatos said he believes paywalls keep research from having the level of both scholarly and public awareness and engagement that it could.

“I think paywalls really harm the dissemination of scholarship, and I say that as someone on the editorial board of a journal that is paywalled,” said Tatos. “I think that for scholars the fact that so much of their work is behind paywalls and, in many cases, is not disseminated as widely as it could be, is counterproductive to scientific research.”

It’s not uncommon for news stories to reference academic research. Most are familiar with different variations of the headline “new study finds link between… .” but the ability for both scholars and the public to immediately access and engage with research articles referenced in the media was not always the case. The Athletic story and coverage that followed show a new side of scholarship with academic debate and primary research sources out in the open.