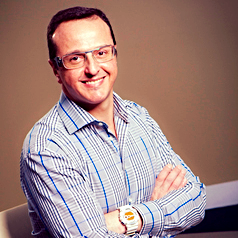 In the aftermath of the Global Financial Crisis (GFC), countries around the world have turned inward and to each other to ponder the paradox of how to best regulate their economic regulators. Many have looked to Australia as a model economy, since the country came out of the GFC relatively unscathed, crediting Australia’s method of financial system regulation known as “Twin Peaks” as the driver of the country’s stability.

In “Approaches to Financial System Regulation: An International Comparative Survey” a forthcoming published article in the Journal of Banking and Finance Law and Practice, Dr. Andy Schmulow compares the four systems of financial regulation currently used by countries around the world and demonstrates why Twin Peaks is thought superior, but why Twin Peaks alone cannot not make for infallible regulation. In a recent interview Dr. Schmulow explained the four financial systems in use today, how global outlooks on financial regulation have shifted since the GFC, and his thoughts on the outlook for the future.

Can you briefly explain the four main financial models used around the world - institutional, functional, integrated, and Twin Peaks?

The institutional approach focuses on the type of entity that’s being regulated, such as a bank or an insurance company. This model doesn’t work well anymore, because there are so many financial firms that have “blurred the boundaries.“ In the institutional approach you’ll have different regulators, possibly one regulator for an insurance company and one for a bank. But if the bank is starting to offer insurance-type products and the regulator is not in a position to capture all of that activity then you can have a firm begin offering products that the regulator isn’t monitoring.

The functional approach doesn’t look at the kind of entity that is being regulated, but rather the kind of transaction, and again this leaves you with much of the same problem. You have a regulator that will look at only the bank related products that a financial firm is offering and another entity looking at the insurance products. The regulator doesn’t get a whole entity view and you can have malpractice and run the risk of some kind of financial crisis.

The integrated or unified approach is a financial regulator like they have in Singapore, which looks at absolutely everything, but there is only one regulator.

In your paper you say that a non-lead regulator approach to financial regulation is preferable - can you explain why that is and how Twin Peaks falls into this model?

When you have a lead regulator, you have a situation where one regulator is more powerful than the other and almost always the more powerful regulator will be the systemic stability regulator. I argue that that’s not a sound approach, and the reason for that is what we saw in the subprime disaster. You can have a situation where if the remit of the market misconduct and consumer abuse regulator is not adequately discharged then market misconduct and consumer abuse can become a systemic issue.

I think that Twin Peaks is more likely to give you the desired outcomes, because you don’t have market misconduct playing second fiddle to systemic stability. However, in Australia APRA, the systemic stability regulator, has done a pretty good job but ASIC, the market misconduct and consumer abuse regulator, has not been doing a good job and there has been almost a year’s worth of scandals. They have been excoriated by Australia’s Senate for the job that they have done. So the point I am making is that Twin Peaks gives you the regulatory space to do the job properly, but once you’ve got that regulatory space you have to work very hard to build the correct corporate culture in both of those regulators. So it’s complicated and it’s terribly tricky to get all of your ducks in a row.

In your paper you talk about the fact that one of the biggest problems leading up to the financial crisis was “light touch” regulation - can you explain how this came about?

There has been a light touch all over the world, the one exception being Singapore where the regulator takes absolutely no nonsense from anybody and they have no systemic problems or market misconduct problems because their regulator is so strict. In places like the U.S. and the UK the light touch comes from banks repeatedly making the same argument, which is very difficult to escape. The argument is, if I’m running a bank in the UK and you’re going to make my life impossible by enforcing strict regulations you will prevent me from competing in international capital markets with banks in other countries that are enjoying a light touch. So if you don’t want to destroy the productive capacity of my bank then you need to give me the same kind of regulatory environment that my overseas competitors enjoy.

The problem is you will always be able to find a jurisdiction that has a lighter touch than your own - it’s a phenomenon called “beggar thy neighbor.“ This is why you need a corporate culture in the regulator that is strong enough to say, “these are the requirements and we are not giving you a free ride.”

In a country like Australia, which doesn’t have quite the same free market history as the U.S. has, we don’t have a tradition that says anything that is bad for business is bad for the country. We take a more holistic view of things and we say we want to promote business and we want to have a successful economy but we are not going to allow that growth to be at the expense of the security of the community at large. So there is culturally less leeway in Australia for the kind of ideological positions that are taken in the U.S. by people like Sarah Palin. The things that she and the right wing of the Republican Party have said about how the government needs to get out of the business of regulation places what I think is an undue amount of faith in the efficacy of a free market, and that’s why you see now in the U.S. something like 7% of the population owns 80% of the wealth. In Australia when you start to have enormous disparities in wealth people start asking questions about whether the system is rigged in favor of the wealthy. We are willing to ask those sorts of questions, which I think in the U.S. would be regarded as ideologically unpalatable. So for the U.S. to knuckle down on enforcing regulations it is going to be a lot more difficult.

Do you think the U.S. will be able to combat the growing issue of wealth disparity?

I am not an expert on the U.S. but I do see two trends. The first trend is that political debate in the U.S. has become so poisonous and so vindictive that there is no longer debate; it’s just parties shouting at each other. And I think a very great deal of that has to be laid at the feet of Fox News. What has been done to the U.S. by Fox News is a great embarrassment to a lot of Australians because of course it’s by Rupert Murdoch and he’s an Australian. There seems to be this incredible ideological encampment [in the U.S.] and it’s making it very difficult to take on special interest groups. And the most powerful special interest group of all is Wall Street. That is one trend and it’s a very vicious circle and there doesn’t seem to be that much hope.

One of the problems that we have with banking is that, unlike any other company in the economy, when banks make profits shareholders reap the returns; but when banks make losses taxpayers pay the costs. I think that the only way that is ever going to be broken is through the kind of grassroots social media organized campaigns that seem to be taking root amongst young people in America, and that’s the other trend that I see happening. But that it is going to take a long time to make change.

Is the Twin Peaks model the reason Australia came out of the financial crisis unscathed?

The fact that we have a Twin Peaks regime is only part of the reason that Australia did so well. We were also in the midst of an incredible mining boom where we couldn’t dig the minerals out of the ground fast enough to sell to China, and through the darkest days of the GFC the mining boom carried on like there was no tomorrow. The second reason that we did so well is because our banks were very vanilla, so our banks were not exposed to highly esoteric financial products, collateralized debt obligations, and all of those things. The last reason why we did so well is because the then Prime Minister Kevin Rudd, despite all of his faults, did two things right. First he guaranteed all bank deposits up to a million dollars and secondly he committed the country to massive amounts of public infrastructure spending. So that’s why Australia came through the GFC so well.

Do you think Australia will continue to weather future financial trials?

I think that in countries like Australia and the UK, where our political system functions well, there is capacity to look at trends and say we are worried about this or that and we need to do something about it. For example, property in Sydney and Melbourne is now among the top five most expensive cities in the world. There is a lot of talk in the media about whether Sydney and Melbourne are sitting on a property bubble that, if it bursts, could result in, as one newspaper put it, a blood bath. The result is that we now have a parliamentary inquiry that is going to start on property prices, there is enormous pressure being placed on the bank regulator to make sure that they are putting pressure on banks to stop lending money to anyone who wants to borrow for a house. So when you have a financial system that functions adequately and is backed by a reasonably competent free press you can foresee these problems and you can take steps to prevent them.