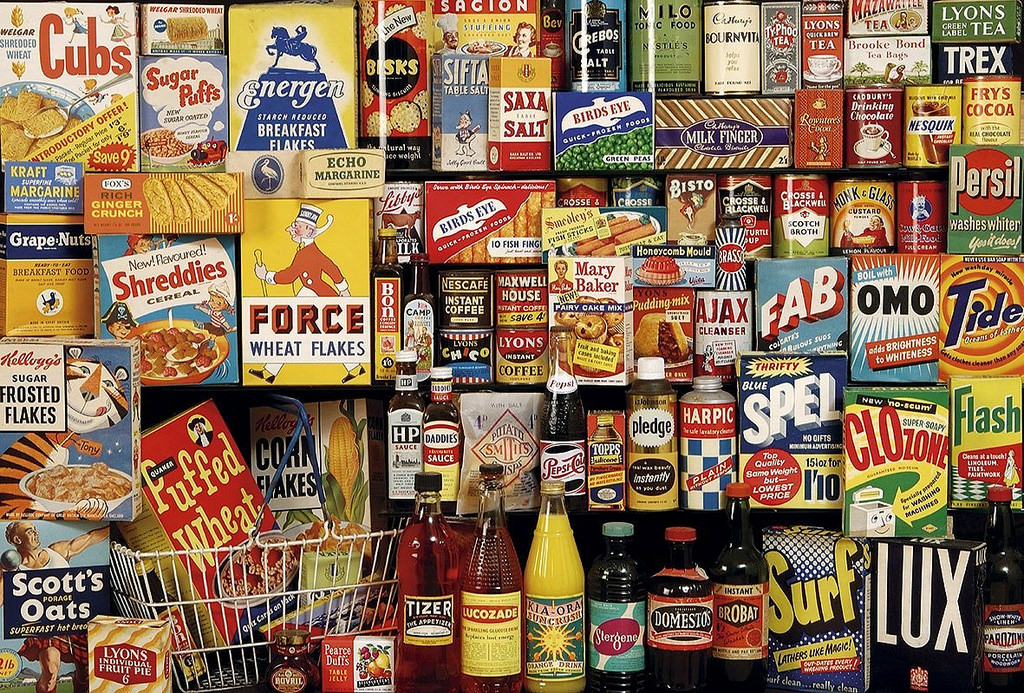 Stuart Taylor, Publishing Director at The Royal Society, has been following the trajectory of academic journal publishing his entire career. A proponent of open access digital publishing, in 2015 Taylor organized the first “Future of Scholarly Scientific Communication“ conference for the Royal Society. The 4-day event brought together scientists, funders, librarians, and publishers, to discuss key issues in scientific publishing including reproducibility, open science, and current publishing models.

Taylor argues the power to turn the tide and lower OA publishing costs rests in the hands of the scholarly community. He believes it’s up to funders, institutions, and individual scholars to shift focus from journal brands and find new ways of assessing research value and reputation in order to force change in the market. “It’s not so much the publishers who need to change - it’s the researchers themselves who need to think differently about how they communicate their findings,” said Taylor, in a recent interview with Scholastica. Below is the full Q&A in which Taylor discusses his thoughts on how to address scholars’ focus on brand-name journals to ensure the advancement of open access. The views Taylor has expressed in this interview are his own and do not necessarily reflect Royal Society policy.

Do you think the Journal Impact Factor is a key player in terms of journal brands staying in place? Or is value placed more in the brand names themselves?

ST: The impact factor is the numerical value that people tend to put on the journal brand, but I don’t think it’s the impact factor per se in which they’re interested. Rather, it’s the pecking order, or hierarchy, of the journals. You’ve got this cyclic situation where publishers are promoting the fact that their journals are the best brands and the researchers want to get into them because they have a research assessment process that also prioritizes journal brands. So you’ve kind of got this “locked-in” situation which is a vicious cycle, it seems to me.

It’s unfortunate that rather than looking at the breadth of the contributions made by a researcher and actually reading their articles, universities seem to want to short circuit that by saying “where was the article published? We’ll use that instead as a way of evaluating the output.” We know from the way the journal citation distributions are arranged that using impact factor in this way is completely bogus. If you look at the distribution of citations of any given journal, there’s obviously a tall peak of a small number of articles with lots and lots of citations, and a long tail of articles with hardly any citations. So using a journal’s impact factor to try and infer the quality of an individual article is statistically illiterate. Academics seem to think that there’s a sort of hazing ritual element here, and that if they’ve gone through a very rigorous selection procedure for their article, then that basically tells the community all they need to know about how good they are.

What key factors do you think will encourage the scholarly community to shift away from focusing on brand-name journals?

ST: I think the early-career scientists are acutely aware of this because they’re the ones at the sharp end of the problem, and I think they’re mostly keen to change it. As they work their way through the system and populate the scientific workforce, if you like, then I think attitudes will gradually change. I think we need to get more creative about how we evaluate scientists and not look purely at their published articles because that will help free us from the journals issue and allow other scholarly communications systems to thrive. There are lots of things that scientists do that are not currently being measured or looked at. For example, they might write software, or share data sets, or peer review articles, or do public engagement activity, or mentor PhD students - there are a whole pile of things you do as a scientist to demonstrate your value to the community, and these things tend not to get picked up in research assessment processes at the moment. Yet they’re all valuable things. Unless we reward the sort of behavior we want to encourage, we’re not going to get beyond this issue.

I think it’s the universities, primarily, that need to get behind this problem. The funders are key to driving change in the communication processes as well, because they’re the ones who select who does the research, they’re the ones who fund it, and it’s in their interest to get the results disseminated as widely as possible. So I think funders have a major role to play.

What if any positive developments do you see in moving away from brand-name journals?

ST: The REF is certainly a positive development. The last few cycles of the REF have been gradually moving away from simple-minded metric indicators. There’s just been a consultation on the next version of the REF, which will be in 2020. The Royal Society has put in a submission basically saying that it needs to be changed still further and recommending a wholesale shift of focus from the individual to the institution, which we believe will solve most of the remaining shortcomings of the REF. I think the other initiative that’s really important here is the San Francisco Declaration on Research Assessment (DORA). I’m involved in a small group of like-minded individuals trying to promote that here in the UK to get more of our universities to sign it and follow its principles. The Royal Society signed DORA in 2013.

There are some positive signs, but you’ve got a very entrenched mindset here, a sort of obsession with glamor journals, which is very established in the minds of many academics. Because it’s the researchers who also run the assessment processes, it’s both the judged and the judges who seem to be obsessed with these journal brands as proxies for quality. So it’s going to take a while.

Do you think publishers are taking the necessary steps to evolve to support open access?

ST: Publishers are doing what you’d expect them to do in that they’re trying to defend their business model. But I think the question is not “how should publishers adapt?” - the question is “what do researchers want out of the system, and will that system have a place for publishers in the future?” We can already produce a communication system that will benefit researchers far more (indeed they already exist), the only thing that prevents their wider adoption is this academic rewards system which is based on the prestige of the existing journals. They kind of lock the publishers in because the academics themselves are still so keen on those journals, so the power is really in the hands of the researchers. If they want a new system then they’ve got to climb off the journal prestige bandwagon and genuinely adopt a new system. But you can’t blame publishers for trying to protect their revenues - that’s their business. The question is whether or not researchers need to care about publishers any longer.

How has your role at the Royal Society with the journals program evolved? Do you have any plans for the future in terms of supporting open access as the landscape continues to change?

ST: We’re a fairly small publisher - we only have ten journals - but because we’re the national academy of sciences in the UK we do have a certain amount of influence. What we’ve been trying to do for the last ten years is evolve in a more open access direction and also introduce other sorts of innovations which benefit the research system as a whole. For example, we introduced a mandate for ORCID at the beginning of last year requiring all our submitting authors to have an ORCID. We’ve also introduced open peer review on a number of our journals and we have a very strict data-sharing policy. We’ve been trying to introduce reforms which are not necessarily a benefit to our journals particularly, but they’re a benefit to the scientific community as a whole, and we want to try to lead by example and encourage other journals to adopt these more open practices.

We’re seeing more preprint servers and post-publication peer review platforms. Where do you think they fit into the future of journals?

ST: To be perfectly honest, in the long term I think that what we’re going to see is going to look much more like F1000 than it will look like a journal. I think the preprints revolution is really starting to pick up steam at the moment. The whole notion behind ASAPbio and the idea of a central service for preprints - that’s a very exciting development. I think that if biologists can get behind preprints in the way that physicists and mathematicians have, then you really start to open things up because you’ll be able to disseminate results essentially immediately, and I do think that the peer review can be separated from the registration. So you can mark that your discovery is yours and get priority by putting it in a preprint server, then the validation/quality control can come later.

The problem is that journals try to do all of that at the same time. They delay the dissemination of research (by a year or more in some cases) because they’re waiting to do the peer review before publishing the article. What I see is that the longer-term future is much more like a preprint server plus post-publication peer review with everything fully open.

Do you have any other thoughts on the future of open access journal publishing?

ST: There is one development here in the UK that we haven’t discussed, and that’s the UK Scholarly Communications License (SCL). It’s a proposal from Imperial College London, which is a bit like the Harvard license that was introduced in 2008. Essentially what it means is that if an institution signs up for this license, all their researchers grant their university a non-exclusive, worldwide license to the accepted manuscript version of any articles they produce. This allows a university to put it in their institutional repository. Provided the institution gives publishers advance notice that they have adopted the license, it is independent of any agreement the author may make with the publisher afterwards. So the university gets to share all its research outputs openly irrespective of whatever deal has been made with a particular journal. That has the potential to provide a single step compliance with all funder and university open access mandates as well as with HEFCE’s requirements and without the need to pay an APC. It’s now looking like the first group of universities will sign up for this license later this year. I expect a larger number would then follow once they have a chance to see how it plays out.

I think it’s going to be very positive because it’s going to hasten the pressure on commercial journals to flip their hybrids to OA. Researchers who publish in hybrid journals currently have to pay an APC in order for their article to be open access immediately. Under the UK-SCL, they’ll no longer have to do that because they’ll already have open access via the university repository. That will further increase the pressure on the system and should drive positive change.