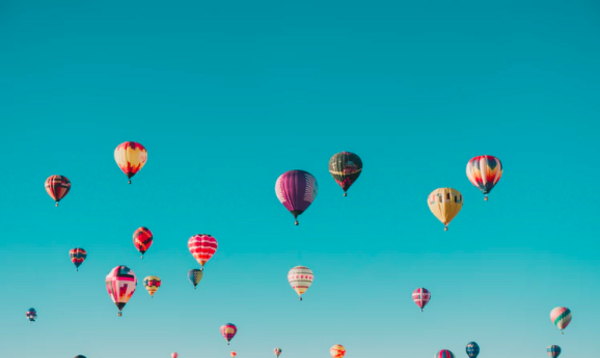 For learned societies around the world, open access publishing presents opportunities to further their scholarly missions by expanding the reach and impacts of the journals they publish. But it also raises many questions. How should scholarly societies approach the transition to OA publishing? What are the best OA publishing models for scholarly societies in different disciplines? And what steps should societies take to ensure they’ll be able to fund OA journals sustainably? Plan S and other recent OA mandates are bringing these questions to the fore in day-to-day discussions and at industry events, including at the recent North American International Society of Managing and Technical Editors (ISMTE) conference.

As societies grapple with questions around how to approach OA publishing, one of the best ways to identify viable options is to look to other societies with successful OA titles. A great example is the American Society of Clinical Oncology (ASCO). The society launched its first fully open access journal, the Journal of Global Oncology (JGO), in 2015. The journal, which focuses on cancer research and care in low- and middle-income countries, has grown significantly over the last four years and is now a thriving publication for global oncology research.

Emilie Gunn, ASCO’s managing editor, has been working with JGO since the beginning. “I helped to launch JGO back in 2015. At the time, there weren’t really any journals out there that focused just on global oncology,” said Gunn. “When I say ‘global’ I mean that we’re focusing on cancer care in resource-constrained areas — so low and middle-income countries where they don’t have access to the same resources that we have in developed countries. We saw a real opportunity to fill a research need.”

Gunn said from the outset there was no question that JGO should be OA. “Having a global oncology journal that’s so mission-driven, it seemed like the only way to do it really.” The society also chose to make JGO online-only for more efficient distribution. To ensure the success of JGO from the start, Gunn said the society’s main concerns were securing early publication funding and eliciting buy-in from authors.

Developing a launch plan for the new OA society journal

Looking back on the early days of JGO, Gunn said having a strategic launch plan was key to the success of the journal. “We had to think of everything from the initial search for a founding editor in chief to setting up the manuscript processing system to setting up the website to searching for the associate editors. All of those little things that you kind of take for granted in a journal that’s up and running that actually have to be set up,” said Gunn. “And, of course, we were really focused on funding from the outset.”

The society planned to fund JGO primarily through article processing charges, but Gunn said they knew that it would take time to generate enough submissions to cover their publication costs. So they focused on securing launch funding for JGO through different sources, including pharmaceutical companies and charitable foundations. ASCO received a grant from a charitable foundation to cover APCs for the first year of JGO’s publication, which helped the journal to attract authors early on. “We waved the APC for anybody that submitted within a certain time period and we made sure that we marketed that really well to get more early submissions,” said Gunn. “I think that was a useful sort of ramp-up approach to getting authors in the door. Our hope was that once we got authors to submit they would say to themselves, ‘I had a great experience at JGO, maybe I’ll submit there again when I have another paper ready.’ And I think it worked out. So we were really lucky to get the funding we did that first year.”

Gunn said she believes making a plan for early funding and generating author buy-in is crucial to the success of new OA publications. “I think if you have a journal that’s already established and you’re just starting to offer OA as an option you won’t necessarily need the kind of ramp-up plan that we had. When we started offering OA publishing options for our other journals we just put it out there and said here are the choices — you can choose OA if you want to but you don’t have to. We didn’t do any sort of ramp up for that, partly because they’re already established journals and partly because the authors didn’t have to choose the OA option if they didn’t want to. But I think having a ramp-up plan was definitely helpful in the case of a brand new fully OA journal.”

Once JGO was officially up and running, Gunn said a primary concern shared by the editorial team was making sure that authors would embrace the new OA publishing model. In cases where authors have expressed uncertainty or concern around the journal’s OA funding model, Gunn said she and her team have focused on author education. “We make sure to clearly communicate that their paper is still going to be peer reviewed and is still going to be held to the same scientific standards,” she said. “I think a big OA challenge can be driving home the point that yes this is OA but it’s still solid research and it’s still coming from the same source. We’re the same society and this is the same quality as our other journals, we’re just using a different publishing model.”

Gunn said that by and large authors have been overwhelmingly receptive to JGO. “Our other journals had seen an uptick in requests for OA over the last few years, so I think a lot of our authors were ready for this journal,” said Gunn. “And authors see JGO as filling a publishing gap. Even now, four years later, we still hear from authors saying this journal serves such an important purpose within the global oncology community, we didn’t have a journal before and now we do. In terms of the journal being OA, I think a lot of authors understand why JGO should be OA and that it serves the purpose of our particular journal. I also think OA is becoming so well established now that most authors are familiar with the concept.”

JGO has also focused on taking steps to support authors from all economic situations to ensure that its APCs are never a barrier to publishing. The journal uses a tiered APC model and offers waivers for authors from low- and middle-income countries. “If authors come to us and say we want to submit but we can’t, we’re definitely ready to work with them and help,” said Gunn. “Another thing that we’re finding is that a lot of authors in lower-resource countries are teaming up with authors from higher-income countries. In those cases, sometimes the scholars from higher-income countries will have the funding to pay the APC.”

Overall, Gunn said JGO is committed to ensuring that its APCs are fairly priced for all authors. “We try to be very careful to make sure that our costs are in line with what authors can pay,” she explained. “So OA really hasn’t seemed to be much of a barrier to authors from what we can see.”

While JGO still gets some outside grants from organizations relevant to the mission of the journal as well as occasional funding from the ASCO Mission Endowment fund, Gunn said today the journal is mostly self-sustaining through APCs. “Now a lot of our income is from APCs, which is becoming easier to rely on because we’re getting more submissions. So having outside funding is still important, but not quite as much as it was at the beginning.”

Considering the broader society publishing landscape, Gunn said she believes that the best approaches to OA will vary by discipline. In STEM, she believes that more authors will have access to APC funding making APCs a viable potential publishing model. “More and more I think APC funding is going to be built into grants,” said Gunn. “So I don’t think OA is necessarily going to disrupt all societies that much. We’re still able to help support the society with our OA journal it’s just from a different source.”

At the same time, Gunn acknowledges that funding is always top of mind for ASCO and she says she believes all societies would be wise to think about other ways of bringing in revenue to support their operations. “Funding was definitely challenging at first and it’s something that we are monitoring continuously. At ASCO we do have a range of income sources from subscription fees to open access fees to membership dues, and our annual meeting remains one of the main sources of society revenue. I think we’re definitely keenly aware of all revenue channels.”

Gunn said she believes that the key to successful OA society publishing is greater community input now and in the future. She said she sees recent initiatives like Plan S as building blocks towards a primarily OA landscape but not the final plan. “I don’t think that societies should feel like the sky is falling with these recent announcements. I think it’s just another step. I believe Plan S was a somewhat premature one and that it’s going to need some work,” she said. “I think that the organizers of Plan S need to take some more time to sit with society publishers and get our feedback and come up with plans that will work well for everyone.”

Overall, Gunn said she sees great value in OA publishing for societies in terms of broadening the reach of their journals and better serving their research communities. “The opportunity for us has definitely been wider dissemination of our research. We see more downloads from JGO than we would have expected from such a young journal, and when we sit down and analyze where our web traffic is coming from for JGO we can see that it is truly global. I think that’s been a big opportunity that this research is available to anybody who wants to read it and needs to have access to it.”