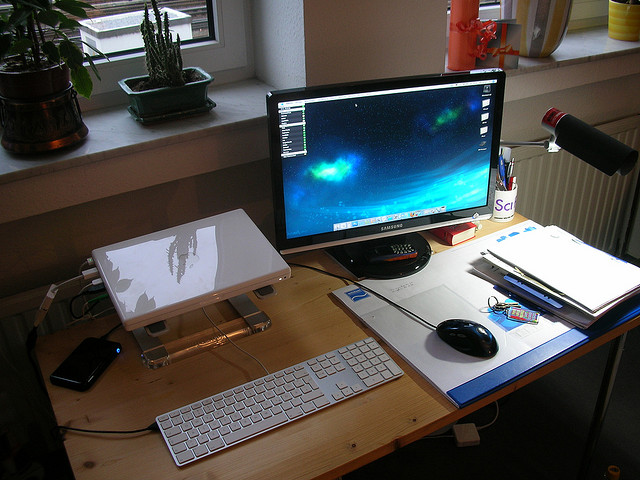 Think back to (or ahead to) your first day as a law review editor. Blue book in hand, access to your journal’s submission system, a brief correspondence with the previous editorial board, and you’re on your way! But wait, you’ve never done this before - where to begin? For most editors law review is a learn-as-you-go process, presenting exciting opportunities to make their mark on the journal, but also a lot of questions. In addition to the technicalities of managing submissions, new editors are interacting with authors for the first time and working to determine the best means of fostering an optimal editorial process. Ever wonder what a former law review editor turned author would have to say about this? We did!

In June we spoke with Ozan Varol, Professor at Lewis & Clark Law School about his recent article “Constitutional Stickiness” and learned that he was editor-in-chief (EIC) of the Iowa Law Review. We asked Professor Varol to share some nuggets of wisdom from his time as a law review editor and what he’s learned as an author. Here’s what he had to say:

What advice do you have for new boards in terms of allocating work and developing a process?

For editors coming into law review without a lot of guidance from the previous board, I think it’s all about getting comfortable with your own submission process. Find a process that works for your team, and make sure everyone has a clear role.

As an EIC my leadership style was relatively hands-off. Our editorial board was composed of capable editors who were extremely devoted, hard working, intelligent and skilled at what they did, so I took a hands-off position. I think that helped in many ways. Many of the editors had quite a bit of ownership over the work they did and took a lot of pride in the product. I tried to encourage that as the EIC, as opposed to micromanaging, which I think would have backfired in many ways. I think it’s good to have a sense of teamwork and to allow everyone to have a role and manage their own workload, which law students tend to be good at anyway.

Is there any advice you would give editors to make the submission process easier in terms of communicating with authors?

The articles editors at the Iowa Law Review tried to inform all authors on a timely basis about the status of their article. What frustrates many law professors is radio silence from a law review editor - not hearing one way or the other what’s going on with their piece. So we tried to keep authors in the loop as much as possible. If their article was rejected we’d let them know as quickly as possible. If their article made it to the next stage of review, we also let them know as quickly as possible just so they knew what was going on. I really encourage law review editors to do that.

Authors devote months and months of their lives to the articles they submit and radio silence can really be unnerving. I didn’t realize how unnerving it would be until I started submitting articles myself. So I would encourage articles editors to be as forthright as possible with the authors. I recently had a really pleasant experience with the Columbia Law Review. I submitted an essay, which was ultimately rejected, but the essays department there did a phenomenal job of keeping me in the loop throughout the process. The lead essays editor eventually informed me that the article made it to the final stage of review, but there wasn’t unanimous consent so that’s why it was not accepted. I have utmost respect now for the Columbia Law Review because of the brief time that their editors took to update me. I don’t think it takes much to keep authors in the loop, so I really would encourage student editors to do that. Of course, it’s not possible to provide substantive feedback on why articles are rejected. We didn’t do that when I was on the Iowa Law Review because it opens the door to a lot of back-and-forth between the author and the student editors, which student editors don’t have the time for. So that was a hard and fast rule that we adopted that many journals have also adopted, and I think it’s the right one. Given the volume of the submissions, individual substantive feedback is just not possible. But, procedural feedback as to the status of the article is always desirable and helpful.

How can current editors ease the transition to law review for their next board?

If you’re the EIC, you learn so much over the course of the year, but because there’s annual turnover it’s hard to sustain institutional knowledge. One of the things that helped was that my predecessor at the Iowa Law Review put together a preliminary guide on what to expect from the position. The things that she wished she had known when she took over as EIC she put into that document and then I added to it for the next EIC. I don’t know what happened to it, but my hope is that future editors have built onto it. I referred to that manual often over time because one of the things you notice is that the same issues tend to come up frequently over the course of a year. Whether they’re questions from authors or problems that come up with second-year students who are new to the law review, the same types of issues tend to recur. So it’s extremely important - not just for the EIC role, but for all editorial positions - to develop some written policies and guidelines on how prior editors dealt with those particular issues and what could have been done better, so future boards don’t have to reinvent the wheel.

How has law review impacted your life as a lawyer?

My law review experience helped my career in a multitude of ways. Without my service on law review, I would have had a difficult time obtaining a judicial clerkship, given the importance that many federal appellate judges place on law review experience. Through my experience on law review, I also became a more competent legal writer, which was a significant virtue for both my clerkship and my litigation practice. Editing other people’s work enables you to improve your own writing and to better sort the good writing from the bad. Perhaps most importantly, I developed close relationships with the other members of the Editorial Board, which benefited me both from a career and a personal perspective. Many of them became, and to this day remain, my closest friends.