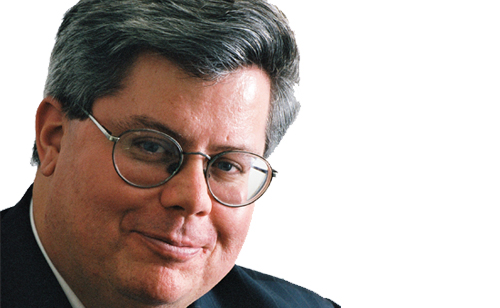 _John Browning is a partner in the Dallas, TX office of Lewis Brisbois Bisgaard & Smith, where he handles civil litigation in state and federal courts. He also serves as an adjunct law professor at SMU Dedman School of Law and Texas A&M University School of Law, and is Chair of the Dallas Bar Association Legal Ethics Committee as well as the Texas Bar Journal Board of Editors. For more information on Professor Browning’s work visit his attorney profile._

Since the dawn of social networking website Myspace in 2003, trial attorney John Browning has been researching and writing about the impact of social media in the law.

I spoke with Professor Browning to learn more about his novel course, research, and writing. Below is a transcript of our interview:

Can you share a bit about your professional background, particularly when you began researching and writing about social media in the law?

JB: I’ve been practicing law for 25 years and I have had extensive trial experience in state and federal courts in Texas and Oklahoma. It was as an outgrowth of this work as a litigator that I got interested in social media. After the advent of social media started in 2003, I noticed how much interesting, and in many cases game changing content was being posted by users. Whereas I came of age professionally in a time when, if you wanted to get impeachment information on an opposing witness, you had to rely on surveillance and hire a private investigator to gain information that would contradict or undermine an opponents case, now people were willing sharing this sort of information on social media. I started using social media in cases to great effect, to the point where other lawyers and bar associations asked me to start speaking on topics related to gathering this sort of evidence, using it, discoverability issues, evidentiary issues, admissibility, and so forth. After that I was getting asked to write about this for practitioner based publications, then increasingly I was asked to write in a more academic setting.

How did you initially approach researching social media in the law when social media was just entering courtrooms for the first time?

JB: In my initial writing for bar journals or practitioner publications a lot of what I would draw on would be my personal experiences. But at that time we were also starting to see the first decisions concerning things like evidentiary issues involving the use of social media content, a lot of it on a platform that may not be quite as omnipresent as it once was, MySpace. There were cases starting to come out and I wrote about them, and it continued to grow from there.

I write about many facets of social media use in the legal system and it’s impact on the profession, including legal ethics issues involving the use of social media and things like online juror misconduct. I was also looking at evolving case law across the country and abroad on all kinds of issues that impact the practice of a lawyer ranging from jurisdictional issues in social media to service and process via social networking platforms. So I stared writing about these different issues, how social media affects the workplace, family law, personal injury law, and a great deal more.

How has the role of social media evolved in courtroom cases since you wrote your first book in 2010?

JB: It’s continued to get increasingly important. I don’t think a case can be tried in the modern courtroom without social media coming into play, and I mean virtually any type of case from a garden-variety car wreck case to the most complex commercial litigation.

When I sit down to start trial during voir dire I immediately Google the members of the panel and look for their public social media profiles. There has been an ABA opinion, a formal ethics opinion, as well as several state ethics opinions on whether or not attorneys can do that, and all of them have concluded that there is nothing wrong with attorneys doing it. In fact, many people feel it’s not only advisable but borderline malpractice if a lawyer doesn’t do that. My most recent law review article is on that very subject. So that’s at the beginning of a trial.

In terms of evidence you’ll introduce, let’s say that you learn some critical admissions from the other side that contradict positions taken in the lawsuit and you want to get them admitted. Depending on the jurisdiction, there may be different approaches to how one authenticates social media content. Also, on some of the discovery restrictions, sometimes people have cast too wide a net in seeking social media content and have violated certain discovery rules. These are all concerns that impact courtroom practice very much.

Another aspect that can really be underestimated in this age that you have to almost anticipate and take measures to prevent is online juror misconduct. Many states, including Texas and the federal court system have all changed and updated their instructions to jurors to specifically admonish them not to go online and look up the case, the parties involved in the case, or the legal issues involved. There has been, all across the country, what’s been described as a kind of epidemic of mistrials and overturned convictions all because of online juror misconduct. Lawyers need to be aware of this and take appropriate steps.

Should lawyers prep their clients and witnesses on social media do’s and don’ts before trials?

JB: This is something lawyers now have to do on both sides. I joke with my defense attorneys, they are all concerned with the digital dirt they can get on the other side, and I warn them all that you have to know what’s going on in your own backyard as well. I always do a social media search on what’s going on involving my own witnesses and my own clients, and let them know from the earliest stage possible in the case that any postings that they make can very well come back to haunt them. Lawyers on both sides of the case really have to be aware of that. And there are a number of attorneys now who are actually incorporating a kind of social media embargo into their client engagement agreements.

JB: It’s really a combination of both, because there are still some arguably amorphous concepts and some theoretical underpinnings that law students need to be aware of and sort of examine critically that relate to social media’s use and it’s impact on the legal system. We don’t just talk about kind of the nuts and bolts of what you can discover or the more mechanical aspect of the best vehicles in discovery for obtaining this information. We also talk about the ethical limitations on a lawyer in terms of their social media discovery habits. And we talk about how issues like privacy come into play there.

We also look at things as doctrinal as jurisdiction. Performing a jurisdictional analysis would include not just knowing the sort of stuff that you may have covered in civil procedure, but also understanding how the omniscience and omnipresence of the internet and social media for individuals and companies impacts one’s jurisdictional analysis and how courts all across the country have taken that into consideration.

Do you talk to students about the importance of their own behavior on social media websites as future lawyers?

JB: Absolutely. I am teaching, for the most part, people who are digital natives. They are used to posting and living their lives online. For students, especially in this tight job market, one’s online presence is very important. I can tell you as a hiring partner at a large law firm, I look at social media profiles of prospective candidates and there is going to be a very different impression given between someone whose got party hard sort of antics displayed on his or her Facebook page verses someone who’s got a more conservative and professional approach. This is a topic that state bars are looking at increasingly as part of the character and fitness investigation of an attorney. There have been people who have not only been subject to discipline as lawyers but have been perhaps prevented from becoming lawyers in the first place because of some of their online activities.

How have students responded to your course?

JB: The level of engagement is incredible. There are more students every semester that I offer it and I’ve been told that it fills up incredibly quickly, which gratifies me a great deal. I attribute that more to the cutting edge nature of the subject area than any kind of great teaching ability on my part. It’s really just such a fascinating area.

I also wrote a book that will be out this year, Cases and Materials on Social Media and the Law, mainly because I feel bad that my first book, which I use as a text, is being used by other law schools but I never really intended it as a case book. In fact every semester I have a packet of supplemental materials with cases, statutes, and interesting articles on topics I didn’t get to cover in the first book. Writing the casebook was a necessity because this has become such a popular area and law schools are eager to add this to the curriculum.

How has your course evolved and grown, particularly with your new textbook?

JB: I can give you one or two examples. For example, one of our very rapidly evolving areas of social media in the law has been constitutional issues. The portion of the case book that discusses constitutional issues as social media has impacted them includes things like, when you click “like” on a Facebook page are you exercising speech, are you engaging in activities protected by the first amendment such that your employer cannot punish you for them if they disagree with it?

We’re talking about things like students, K-12, who have posted unflattering things on Facebook about a classmate or teacher. Is the school within its rights to punish that student or are they violating that students free speech rights? There has been a split of authorities between the circuits on just what is constitutionally protected free speech exercised by a student for example. So that’s an area that I was only able to touch upon in my first book but in the casebook, because it does present such important and interesting issues, I was able to expand upon that discussion quite a bit.

We want to thank John Browning for taking the time to interview with Scholastica. We encourage you to share thoughts and comments on the topic of social media in the law in the comments sections!